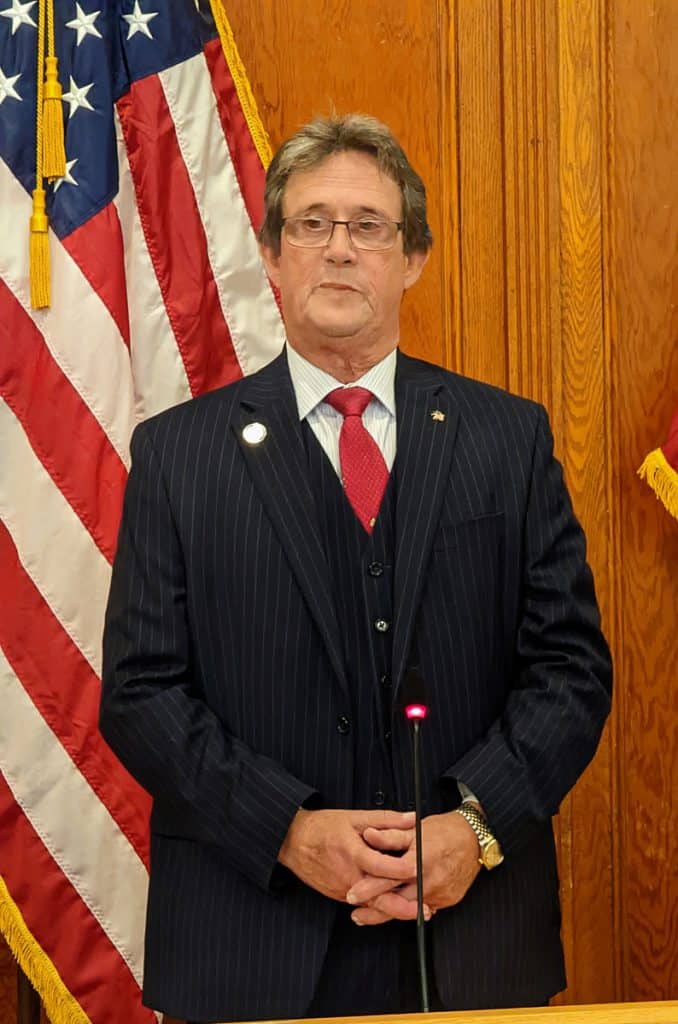 A familiar face returned to the City Council Monday night, as Anthony Zambuto was sworn in to fill the remaining term of Councillor-at-Large George Rotondo, who died unexpectedly on Sept. 11.

In the 2021 municipal election, Zambuto narrowly lost the fifth and final at-large seat to Rotondo in a race that went to a recount. Under the council rules, the candidate with the next highest vote total in the most recent election is elevated to the council if there is a vacancy.

Zambuto remembered Rotondo as a friend on Monday night, and he told voters that he would continue to serve as he had for more than two decades before being narrowly defeated last year. “This is certainly mixed emotions – bittersweet,” said Zambuto. “First and foremost, I want to say a few words about my friend and colleague George Rotondo. We sat next to each other for a long time; he was a friend, a colleague. We didn’t always agree. We certainly had our differences.”

At the recount last November, Zambuto said, he and Rotondo agreed that no matter what happened, the councillors would remain friends.

As a councillor, Zambuto said, he will continue to tell it like it is, even if not everyone agrees with his viewpoints. “Everybody knows what they get with Tony Zambuto,” he said. ”I’ve been here two decades; I always tell you the truth. That doesn’t always go over well. I don’t sugarcoat anything, and I never tell you what you want to hear.”

Zambuto said every decision he makes on the council is based on science and fact. “Any position I take is one that is reasoned,” he said. “You might not always agree with it, and a lot of people don’t agree with some of my positions, but the bottom line is I do what is best for the city. I will continue to do that, and I’m grateful to be back, obviously under unfortunate circumstances, but I will continue to contribute to the city of Revere.”

City Council President Gerry Visconti welcomed Zambuto back on behalf of the council.

Zambuto is the second longtime councillor to return to the City Council Chambers following their defeat in the 2021 municipal election. Ward 5 Councillor John Powers won a Special Election earlier this year to fill the remainder of Al Fiore’s term. Fiore defeated Powers in 2021, then resigned earlier this year due to medical concerns.