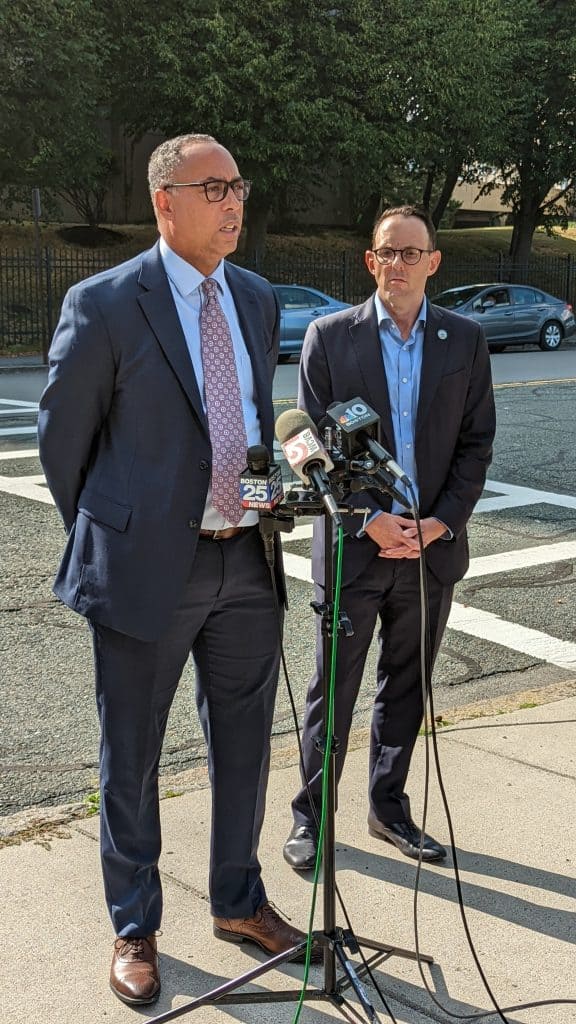 Mayor Brian Arrigo and Suffolk County District Attorney Kevin Hayden are taking a multipronged approach to addressing issues at properties owned by the Connecticut-based Carabetta family in the city. Last week, Arrigo filed an emergency request for the court to impose a receivership for 370 Ocean Ave. to oversee the necessary repairs to the property. The City of Revere determined the high-rise building was unfit for habitation following a fire on the 11th floor in June.

In addition to filing for a receivership, Arrigo said, the City of Revere has taken steps to foreclose on all three properties owned by the Carabetta family on Ocean Avenue for outstanding tax title issues. Currently, the property owners have $1.9 million in past taxes owed to the City of Revere.

The mayor also said ARPA funding will be used as emergency funding to assist displaced residents in finding new permanent housing. There were 82 residents displaced by the fire and subsequent closing of the building.

Arrigo said the City of Revere will move to assist the residents through litigation. “We will take every legal action possible against Carabetta for ignoring their legal obligations and total disregard for human dignity and decency as landowners and property managers in our city,” said Arrigo.

On Thursday, July 14, Arrigo and city inspectors, along with Hayden, conducted a 45-minute inspection of the property to determine the current conditions of the property. Many of the issues that were found predate the fire.

“The decision to go to court is one we made after years of dissatisfaction with the Carabetta family and Carabetta Properties, and that dissatisfaction has only been exacerbated by their inability to step up to the plate for our residents,” said Arrigo.

Arrigo said the city’s Inspectional Services Department will continue to investigate the property’s conditions. The mayor said he has also spoken to Hayden and other state and local leaders and that there will be a meeting with residents to update them on the proceedings and the help the city will be providing.

“After seeing what we saw today, we will continue to pursue every action we can legally to hold the Carabetta family and Carabetta properties accountable,” said Arrigo. “The scene [in the building] is deplorable … if I were the property owner, I would be petitioning to work all day and night to have all hands on deck to get the property right. But no one was working today and it’s just a shame…”

Hayden said his office has responded based on some concerns raised by the mayor. He said his office will continue to work alongside the Attorney General’s office to see if there are any criminal charges that could be pressed against Carabetta. “We will continue to look at every legal avenue,” said Hayden, although he said – at this time and given the size of the property – it is too early to tell what any criminal charges could be.