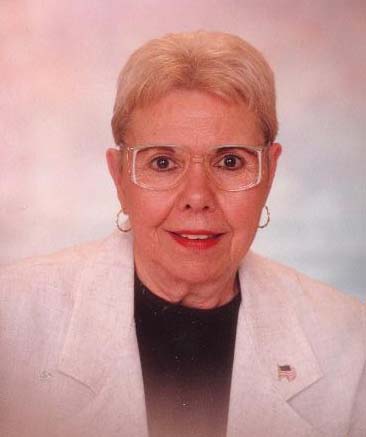 Former School Committee Member and current Conservation Commission member Ann Raponi was remembered this week as someone who represented the best in public service and giving to the city of Revere. Raponi, 93, died on Sunday, August 7.

“Ann Raponi, in addition to having a distinguished career in local politics, was a staunch advocate for the Youth of our city through her involvement with reading to school children, and doing whatever she could to ensure their long-term success,” said City Councillor and former Mayor Dan Rizzo. “She will leave a positive legacy for her work towards this end.”

Raponi served on the School Committee during the tenure of former mayor and current Chelsea City Manager Thomas Ambrosino. “I’m very sad to hear of Ann’s death,” said Ambrosino. “She was a valued colleague and friend to me during my time in Revere and a dedicated public servant.”

Raponi was raised and educated in East Boston and went on to work in the insurance business, owning the A.M. MacDonald Insurance Agency in Newton for over 25 years.

School Committee Member Carol Tye remembered Raponi as someone who cared deeply about the children of Revere. “That was the principle that guided all her decision-making,” Tye said. “She had a strong work ethic, was analytical about every situation, and served with empathy for all members of the school community.”

Longtime City Councillor John Powers praised her work in the schools and on the Conservation Commission. “Ann was a great person, she was very active in the community and very involved,” said Powers. “She was the type of person you want to see as a citizen in Revere. She loved Revere and took her activity very seriously.”

As the councillor for Ward 5, which has a number of environmental concerns, Powers said he was especially thankful for the efforts Raponi put into Conservation Commission decisions.

Even at her last meeting on the Conservation Commission on August 3, Raponi was looking ahead for the future of Revere, helping to approve a plan for a warehouse facility that will replace the gas tank farm along the Lee Burbank Highway, and thanking the developer for attending the meeting and being open with the city about the project.