Councillors react to wild Committee of the Whole meeting 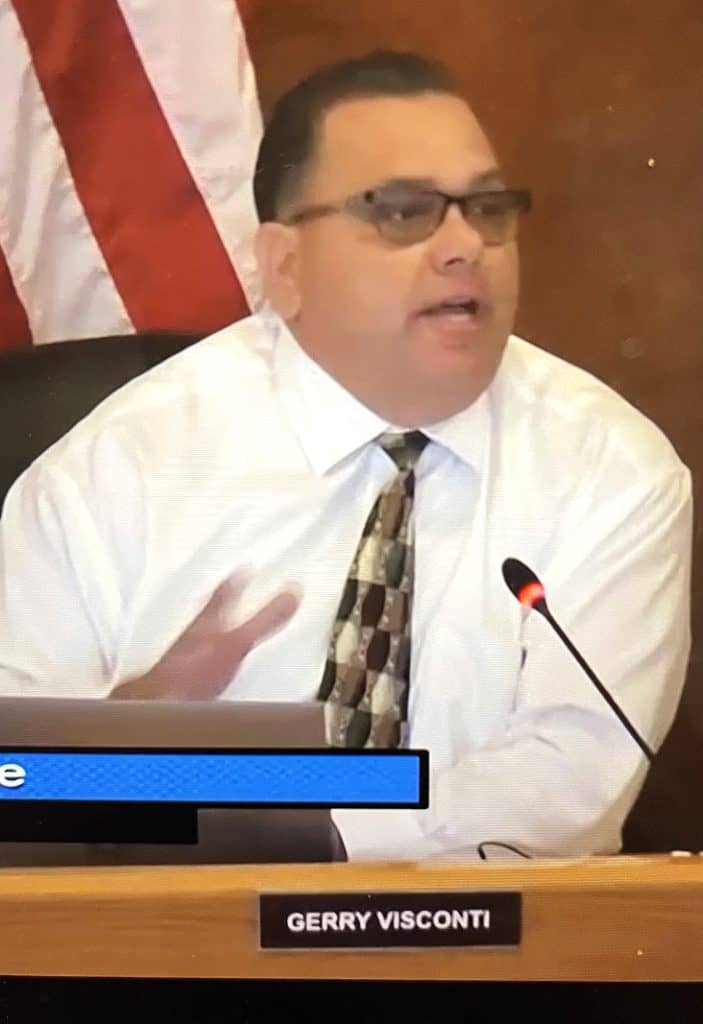 City Councillors are willing to listen to opposing viewpoints when it comes to controversial subjects, such as concerns about a life sciences laboratory building being proposed on the Revere- side of the Suffolk Downs development, but want to make sure order is maintained in the council chambers.

Monday night’s Committee of the Whole meeting was a wild and wooly affair, as animal rights activists from Salem, political agitators, and Revere residents with legitimate concerns packed into the chambers. Council President Gerry Visconti had to call several recesses and threaten some speakers with removal from the chambers due to excessive shouting, noise, and high emotions.

“As part of the public process, residents and others are always welcomed to provide their point of view on matters in front of the Revere City Council,” Visconti said. “Unfortunately, there are times when those speaking take advantage of the forum for their own political gain. And, even more unfortunately, there are times when those people are disrespectful to the process.”

The outbursts at this week’s committee of the whole meeting come on the heels of recent outbursts at the city’s monthly Human Rights Commission meetings in the council chambers.

“We will not allow outbursts to transpire in the Council Chambers again so if the protesters do attend, I only ask they conduct their business in a professional manner and respect everyone that speaks or who is present on this issue,” Visconti said following Monday night’s meeting.

Ward 4 Councillor Patrick Keefe said he can understand why people from surrounding communities may want to express their concerns about a large-scale project like the proposed life sciences building on the Suffolk Downs property near Beachmont Station.

“But in the council, it’s not the setting for a screaming match or rally so it really drowns out any thoughtful conversation,” said Keefe. “I am all ears on seeing how we can find a balance on the life science work at Suffolk Downs and know we have ample time to sort out what is best for the entire community and best for the viability of the site. I certainly don’t want to hear about animal cruelty or imminent danger, but I also recognize there is a need for our own human existence to make strides in medicine and research.”

As the meetings and hearings on the proposed 550,000-square-foot life sciences buildings and its potential tenants continue, Ward 1 Councillor Joanne McKenna said she expects the protests from the Salem animal rights group could continue.

“There are guidelines in the Commonwealth’s Open Meeting Law and Revere’s City Ordinances in place which will help the City Council conduct an orderly meeting and prevent disruption of government business,” McKenna said.

Since there will be a public hearing and future subcommittee meeting on the life sciences building proposal, Ward 2 Councillor Ira Novoselsky said the activists will have an opportunity to voice their concerns, but he said they will need to do it in a respectful manner.

“Many of them were out of line, Inconsiderate and rude,” Novoselsky said. “If they act up like they did the other night, I would hope the President requests the police to escort them out of the Chamber and off the property. They were totally disrespectful and don’t deserve to be heard.”

Novoselsky noted that not every person who spoke was acting improperly.

“A few bad apples ruin the good for others,” he said.