Keefe says now is the time for Erricola Park upgrades 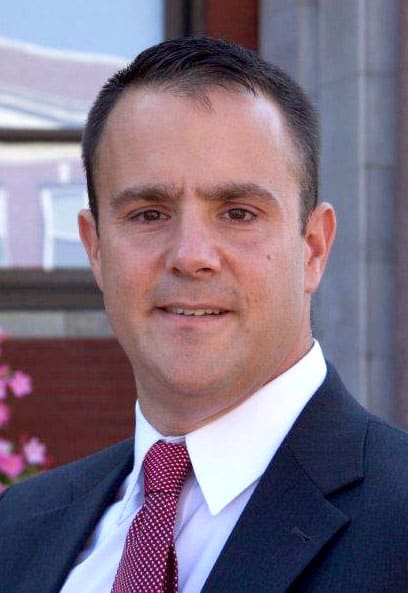 Now that the Wonderland site has been selected as the site of the new Revere High School, Ward 4 Councillor Patrick Keefe said, it’s time for the city to invest in upgrades to Erricola Park next to the current high school.

“Over the last few years, there has been some debate and conversation about where the new high school is going, and there has been some hesitation … to put significant financial upgrades into Erricola Park; because if it was deemed to be a future site of a high school, it would be a waste of resources,” said Keefe.

Building a new high school on Erricola Park and then recreating the fields on the current high school was one of the final two options for the new school, but the School Committee and City Council decided to go with the Wonderland option.

“We have a very robust planning department that reconstructs parks and reinvests in our city’s resources,” said Keefe. “At Erricola, certainly the soccer side needs new turfing.”

Keefe said the baseball field needs new backstops and possibly dugouts and new lighting throughout the park. “It is one of the few high school fields that doesn’t have dugouts,” Keefe said.

Lighting would likely be one of the more costly aspects of upgrading the park, Keefe said, but the city could investigate getting help for that portion of the project through grants or through large unions or lighting manufacturers willing to donate some material or manpower for the project.

“I certainly think the city would want to invest in rehabbing these parks to bring them up to the status that we all wish to have,” said Keefe.

In other business during Monday night’s City Council meeting, Ward 1 Councillor Joanne McKenna requested that Mayor Brian Arrigo look into the city creating a memorial headstone in remembrance of Revere residents who died due to COVID-19. “I want the public to know that 181 souls succumbed to the COVID virus in the city of Revere, and I want the city to create a headstone in remembrance,” said McKenna.