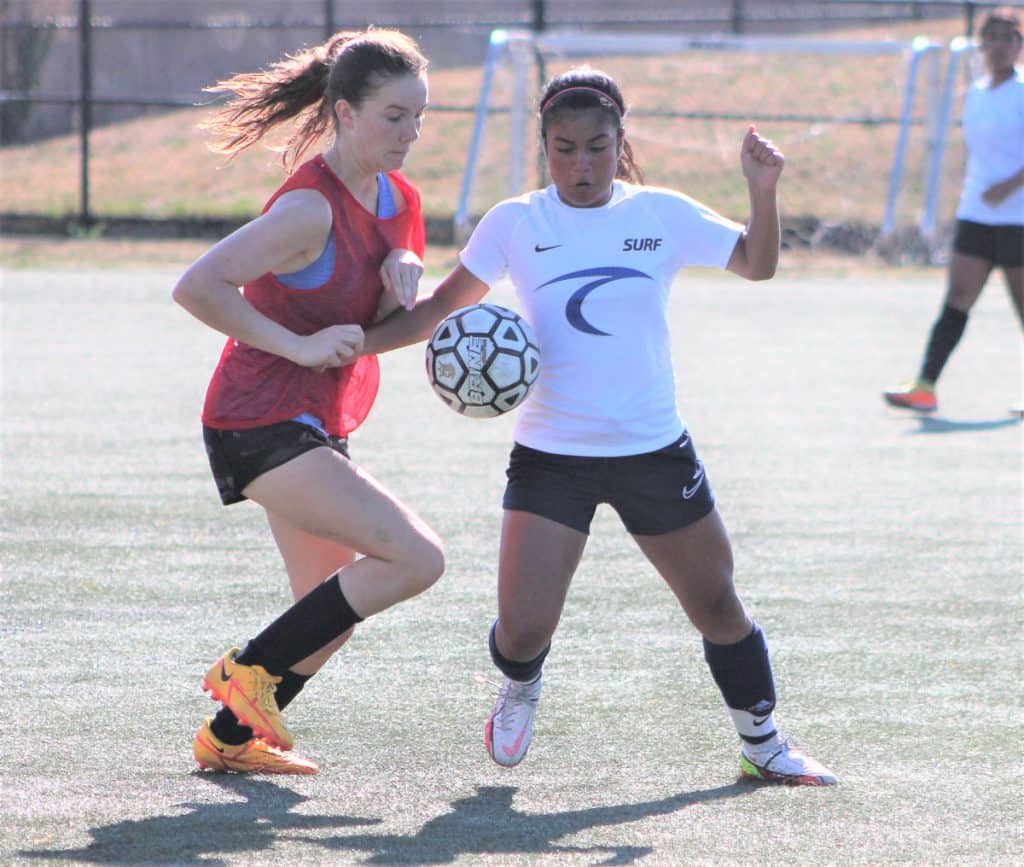 In a game where neither team was able to get much done offensively, Revere was looking to build on the regular-season success of the 2019 and ’21 campaigns.

Back in 2019, the Patriots put forth an incredible 14-2-3 effort and took home the Greater Boston League (GBL) title. The 2020 season was essentially made obsolete (a lot less games and no playoffs) due to the COVID-19 pandemic.

Last year, the Patriots rolled to a 13-6-1 overall performance but fell short of earning another GBL championship. They went 9-4-1 overall in league play, and eventually lost 6-0 in the opening round of the Div. 3 playoffs.

No doubt, Revere will miss the presence of star forward Carolina Bettero, who graduated last year. Bettero amassed 100 goals for her career and was the major offensive threat for the Patriots. She will be hard to replace.

Revere opens the regular season next Tuesday, Sept. 6, with an away league game at Medford. The Patriots then travel to Somerville on Thursday the 8th and play their home opener on Tuesday, Sept. 13, against Lynn Classical at the Revere High School field.

Pats Head coach Megan O’Donnell led the Patriots to a 27-8-4 overall record in 2019 and ’21 (not counting the abbreviated ’20 season). One area Revere will be looking to improve on will be playoff success, as the Patriots, who lost in the opening round of the tourney in 2019 and last year, would like to achieve some tournament success this fall.

For the boys’ soccer team, Revere won 11 games back in 2019 and made the playoffs again in 2021. Last year, the boys lost a heartbreaking, hard-fought 2-1 battle in overtime to Central Catholic in the opening round of the Div. I playoffs.

The Patriot boys open their season by hosting Medford next Tuesday, Sept. 6, and remain home for a game against Somerville on Thursday the 8th. The boys have had a busy preseason by participating in several scrimmages.