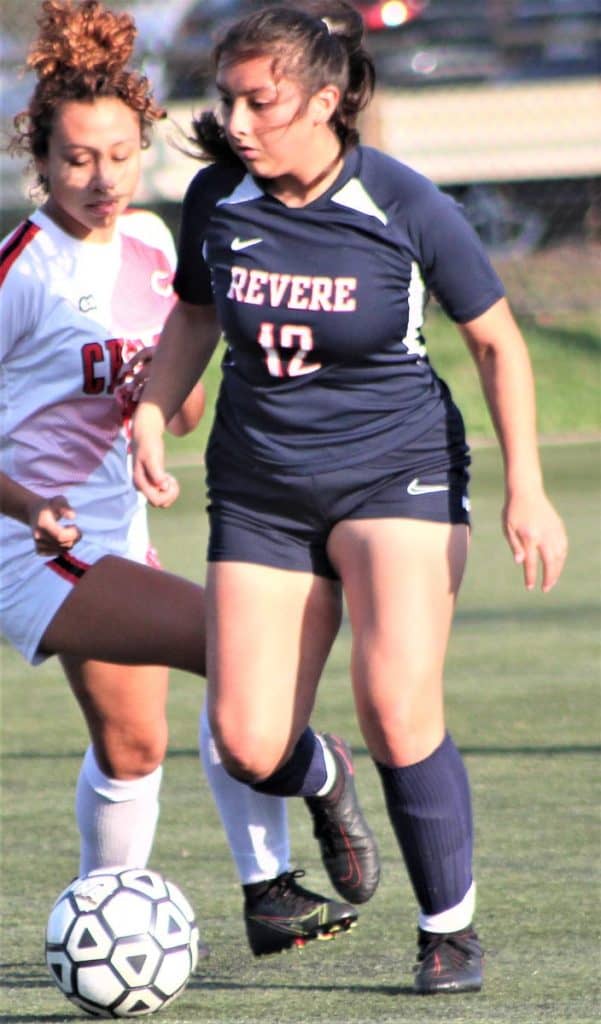 The Revere High School volleyball team has staged an amazing season by going undefeated. Despite the perfect regular-season performance, the Patriots were seeded surprisingly low in the Div. 2 state playoff tournament. Revere, which finished with a 20-0 regular-season mark, was positioned 19th.

The only other undefeated team in the field – Westborough – was awarded the top seed in the tournament. As a result of their seeding, the Patriots opened the tourney on the road by taking on No. 14 Amherst-Pelham (17-3) in the Round of 32 Thursday night (after press deadline).

The Patriots’ girls soccer team also received a playoff bid. Head coach Megan O’Donnell and her team edged into the 38th seed of the Div. 3 tournament with a 10-6-2 regular-season record.

Revere opens in the preliminary round at 27th seeded Bishop Stang Friday night at 6:30 p.m. The Patriots have been eliminated in their playoff openers the past two seasons and would like to emerge triumphant Friday and advance this time around.

The Revere boys’ soccer team had a strong season within the Greater Boston League, finishing with a 6-2-2 league record. But that wasn’t enough to make the postseason, as the Patriots were unable to collect a win in non-league competition and finished 6-9-3 overall – leaving head coach Manuel Lopes and his team on the outside looking in in terms of the tournament.