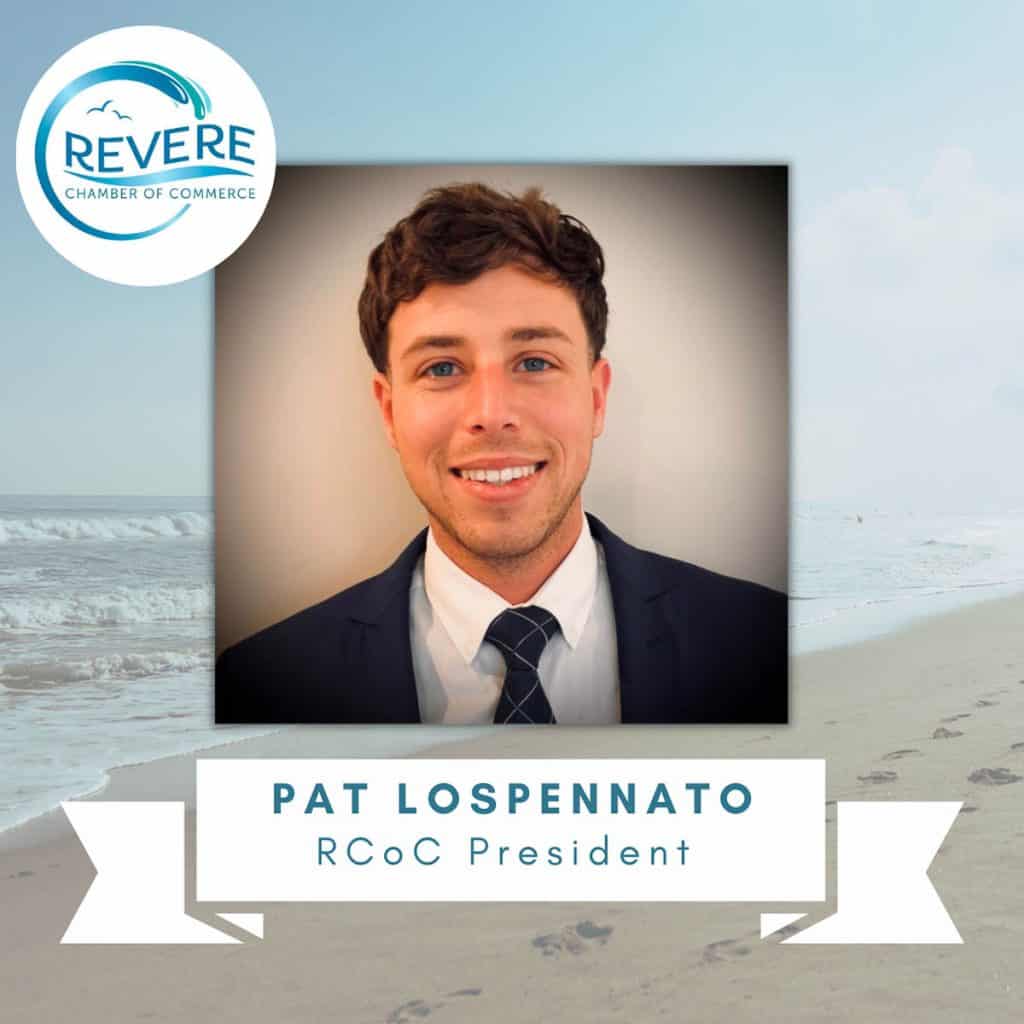 Pat has served on the Board of Directors since 2019 and has played an instrumental role in the Chamber’s transformation since mid-2021 while serving as its Treasurer. He offers several years of Financial and Retail Banking experience, previously working at Citizens Bank in Revere and now as the Senior Relationship Banker at Santander in Charlestown, Mass.

As a lifelong Revere resident, Pat is truly invested in seeing his city thrive. His family has been in Revere since 1929, many of them serving this great city, including his grandfather, the legendary RHS teacher and baseball coach, Al Blasi.

Pat graduated from RHS in 2012 and later went on to earn a bachelor’s degree in Global Business & Management with a minor in Finance from Suffolk University.

“In efforts to revitalize the Chamber and realize its vision, there is no doubt that Pat Lospennato is the best person to lead. He has demonstrated a true commitment in moving the Chamber forward and has played an instrumental role in rebuilding the Chamber since I became Executive Director in September 2021. He is a true team player; he follows through, and supports my efforts wholeheartedly (and vice versa),” stated Amanda Portillo.

The Revere Chamber of Commerce intends to schedule an official Swearing-in Ceremony with Mayor Brian Arrigo in conjunction with the Chamber’s Grand Opening at their new office at 313 Broadway in Revere.