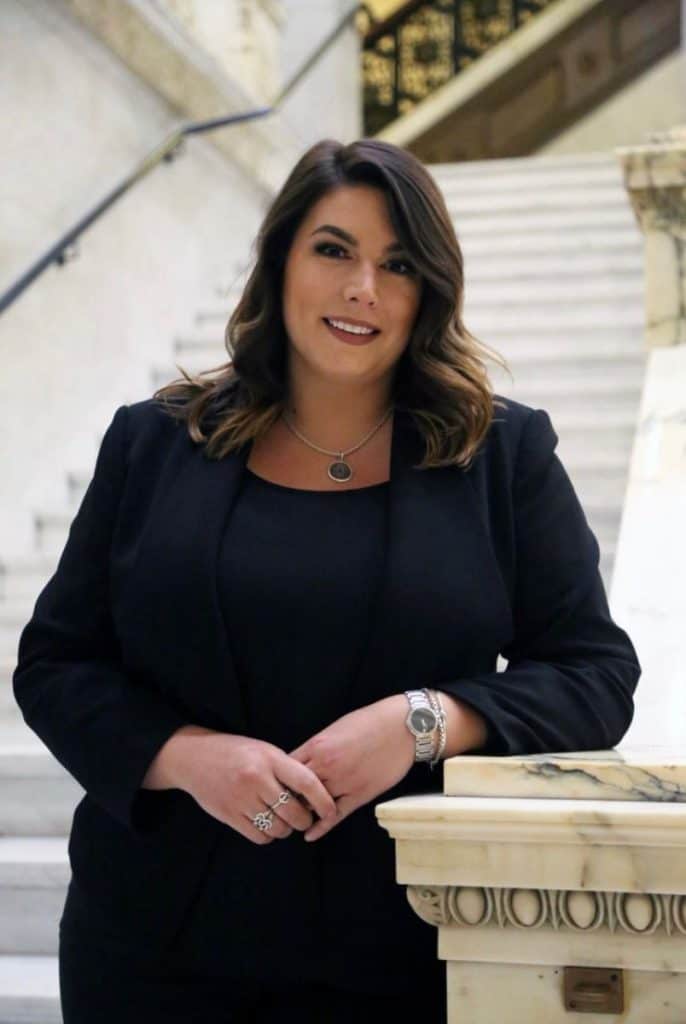 Last week the Massachusetts House of Representatives passed an economic development bill that uses American Rescue Plan Act (ARPA), Fiscal Year 2022 surplus funds, and bonds, to make significant investments across several vital sectors of the economy, and to give back to low- and middle-income residents in Massachusetts by providing one-time rebates and significant tax relief beginning in 2023. Funded at $4.2 billion, the legislation addresses disparities exacerbated by the COVID-19 pandemic through one-time investments in health and human services, the environment and climate mitigation, economic development, housing and food insecurity. An Act relating to economic growth and relief for the Commonwealth passed the House of Representatives, 154-0, and now is being considered by the Senate.

“As Massachusetts residents continue to face severe inflation and economic uncertainty, I’m proud of the action taken by the House last week that will provide low and middle-class taxpayers with much needed financial relief,” said House Speaker Ronald Mariano (D-Quincy). “Included in this legislation are several significant tax relief proposals, over $2.5 billion worth of one-time industry targeted investments, economic relief rebates for qualifying taxpayers, and a newly established source of revenue to fund the state’s early education and care system. These are vital forms of real, tangible economic relief. I want to thank Chairs Michlewitz, Cusack, Parisella, Gregoire, and Hunt, as well as all my colleagues in the House, for the hard work required to put this ever-important economic development package together.”

“This well-rounded spending package makes significant, targeted investments [to] help support major sectors of our economy and make us more competitive with other states,” said Representative Aaron Michlewitz (D-Boston), who is Chair of the House Committee on Ways & Means. “By making these investments and offering much needed tax relief to our middle-class constituents, we will be giving a much-needed boost to our residents who were hit the hardest by this pandemic.”

“As a member of House Economic Development Committee, I am proud to have worked on this legislation, as it will provide much needed relief for the citizens of the 16th Suffolk District,” said Representative Jessica Giannino (D-Revere). “Thanks to Speaker Mariano’s leadership, Chairman Michlewitz’s support, and the support from my collogues in the House, I was able to secure $8,100,000 in ARPA funds to be put towards infrastructure improvements in the City of Revere; specifically, improvements to the Riverfront District and Revere Food Hub. As for the Town of Saugus, $28,000 in ARPA funds for equipment for both Saugus Fire Department and Police Department. Within this legislation, bonds have also been secured for the 16th Suffolk District, accruing to $1,000,000 to be put towards local economic recovery efforts in the City of Revere. In addition, $75,000 to be used for Cliftondale Square Planning and Zoning Review and local economic recovery efforts in the Town of Saugus. I am so grateful for what this important legislation will provide for Revere and Saugus.”

“This bill represents a nearly once in a lifetime investment across all segments of our society. Sound permanent tax relief, immediate relief for those taxpayers that are paying the freight in this Commonwealth, permanent relief for families with children and renters. All of this coupled with significant financial investments in infrastructure in Revere. I am particularly proud to have secured $100,000.00 in emergency repair funds for the historic Beachmont Post No. 6712 VFW and to be a part of the team that helped pass this important bill,” said Representative Jeffrey Turco (D-Winthrop).

“Last week, the House passed much needed relief for the citizens of the Commonwealth. The one-time stimulus program we adopted, along with the Essential Premium Pay Program from earlier this year, means that nearly three million residents will have received direct payments totaling nearly $1 billion this year,” said Representative Mark Cusack (D-Braintree), who is the House Chair of the Legislature’s Joint Committee on Revenue. “We are also making permanent changes to our tax system that will provide over $500 million in relief every year going forward. I am proud to have worked with my colleagues to unanimously pass this unprecedented level of relief.”

Earlier this session, the Massachusetts Legislature passed a bill appropriating $4 billion in ARPA and Fiscal Year 2021 surplus funds. Just over $1 billion remains in ARPA funds, which must be allocated by 2024 and spent by 2026.

Following $500 million worth of premium pay bonuses for low-income workers that were issued in March and June of 2022 under the Legislature’s Essential Employee Premium Pay Program, the economic development bill passed last week by the House includes one-time rebates of $250 for a taxpayer who files an individual return, and $500 for married taxpayers who file joint returns that will be issued before September 30, 2022. These rebates are expected to be issued to about two million Massachusetts residents who reported earning between $38,000 and $100,000 for individual filers, and between $38,000 and $150,000 for joint filers in 2021. The one-time rebates will not be subject to the state’s personal income tax.

The bill passed last week makes significant changes to the Massachusetts tax code to provide structural relief to millions of residents across all income levels. These include:

To raise revenue for early education and care, Representatives adopted an amendment that would allow the Massachusetts Lottery to sell some of its products online. The new revenue collected from online sales will go to prizes for winners, for the administration and operations of the lottery and to fund an Early Education and Care Fund. Revenue for the new Early Education and Care Fund would be used to provide long-term stability and develop a sustainable system for high-quality and affordable care for families. This will include significant funding for subsidy reimbursement rates, workforce compensation rate increases, and support for state-wide early education and care initiatives. The amendment requires the Massachusetts Lottery to use age verification measures to ensure that any users are over the age of 18.

“House leadership’s efforts to create a new sustainable funding source for Early Education through a new online state lottery revenue is not surprising, but rather is indicative of the House’s continued long-term leadership and commitment to the early education field and the children & families we serve,” said the Executive Director of the Massachusetts Association of Early Education & Care, William Eddy.

The House bill also includes $1.26 billion in bond allocations to greater support the economic growth and stability of the Commonwealth. Some highlights: