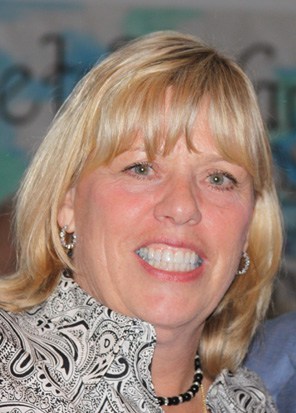 Fellow councillors echo call to utility cos. to clean up their act

Ward 1 Councillor Joanne McKenna has had enough of construction companies leaving equipment and debris behind at job sites. At last week’s City Council meeting, her fellow members backed her motion asking that the City of Revere look into crafting an ordinance requiring construction companies to remove all equipment from City property when not returning to a job site within one week.

“There is a lot of work being done across the city, and what’s happening is, especially in front of my house, they are putting in manholes and they have left cones and signs and they haven’t returned for three weeks,” said McKenna. “What’s happening around the city – we are becoming a cone and cart city – that’s what we are doing. We have to hold these construction and utility companies accountable, so I’m asking for an ordinance to do this.”

McKenna said the debris and equipment is ruining the views and aesthetics of the city. “You won’t see this in Marblehead, you won’t see this in Swampscott,” said McKenna. “They take spray paint and they write stories on the sidewalks. I know it dissipates over time, but you can come in front of my house, and they have a story in front of my house.”

Ward 3 Councillor Anthony Cogliandro said he wholeheartedly agrees with McKenna. “If you are driving into Ward 3 from Ward 6, currently there is a giant truck with cones around it forcing traffic to go into the oncoming lane,” he said. “We absolutely need to clean up our city of all these construction vehicles.”

Ward 2 Councillor Ira Novoselsky said that last year and the year before National Grid had equipment supplies and equipment parked in front of people’s homes for seven months. “Totally unacceptable – I fought with them over that whole period of time and, unfortunately, they did not comply,” he said.

Ward 4 Councillor Patrick Keefe also said he supports the motion, adding that he recognized there were some instances, such as with Dig Safe, that there would have to be markings on the ground. “But they are supposed to be using a paint that comes up within a few months,” he said. “You go by a lot of the newer streets and sidewalks, and they are there for two years plus. I’ve had residents say, “Hey, can you get this removed?” It’s not aesthetically pleasing; it’s unfair to people who own homes and want to beautify their home. The paint they are using should come up in a very short period of time or they are going to have to come back and take it up with power washers or whatnot.”