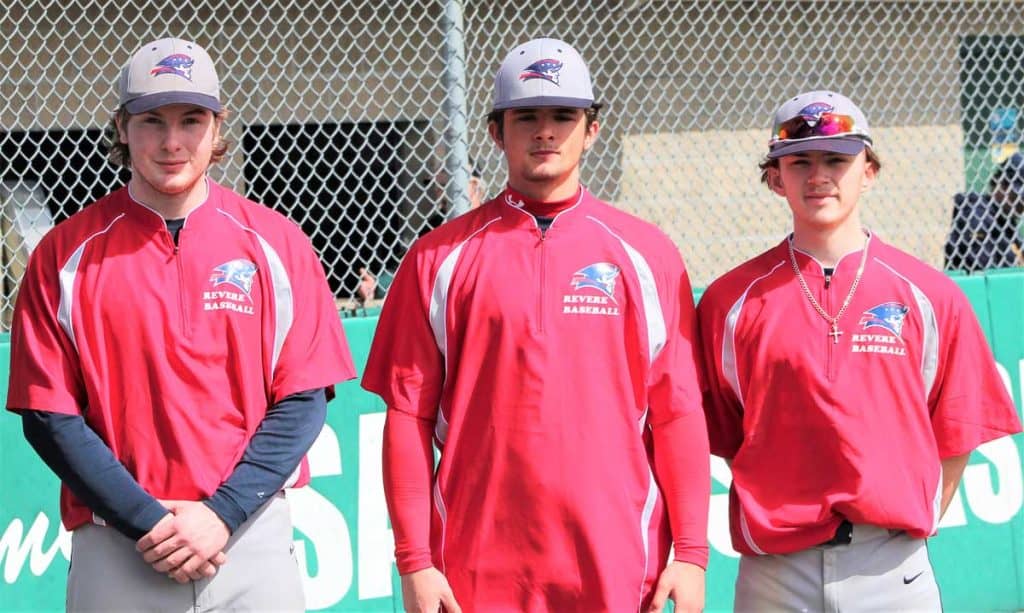 Coming off a playoff appearance in the COVID-impacted 2021 season, the Revere High School baseball team is looking to repeat that feat this spring. The one change this time around for the Patriots would be to advance in the tournament.

Last year, Revere played just nine regular-season games and won six of them to earn a spot in the Div. 1 North tournament as a seventh seed. The Patriots ended up playing a first-round contest at home, facing a lower-seeded Lexington team that was far better than its bracket position would indicate. The ensuing result was not what Revere hoped for, as the visiting Minutemen rolled to a 16-2 victory. The Patriots concluded 2021 at 6-4 overall.

They now look forward to a full schedule of games this season, which begins with a home game against Greater Boston League (GBL) opponent Lynn Classical on Monday, April 4 (scheduled 4 p.m. start). Revere has been competing in several scrimmages, including a tilt last Saturday afternoon at Saugus, in preparation for the upcoming season.

Five Patriots players made the league all-star team last spring. Three of those players are returning this year. Team captains Max Doucette, Mike Popp and Chris Cassidy are back to help lead Revere. Outfielders Doucette and Popp were named all-conference players last year while infielder Cassidy was chosen for a spot on the all-star team.

Head Coach Mike Manning and his team are looking to get off to a positive start in the opener against Classical. From there, Revere will host Lynn English next Wednesday, April 6, and is then off until Monday, April 11, when it faces Medford on the road.