Remains of US Airman Killed In Action During WWII Identified 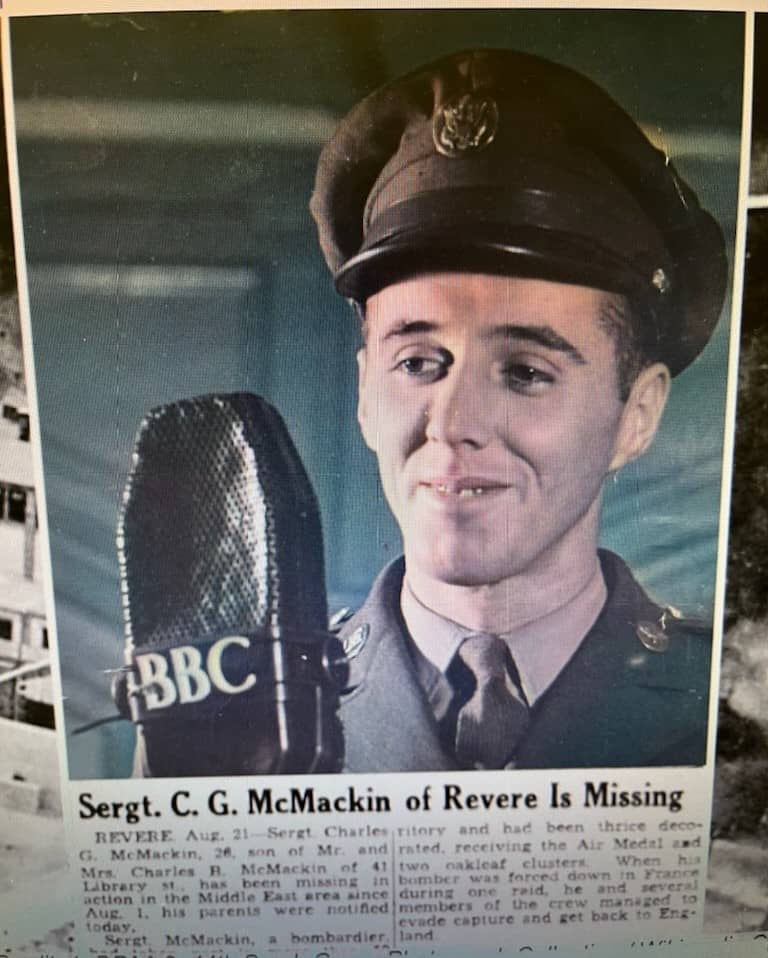 The remains of Sgt. McMackin will be escorted at approximately 8:30 p.m. on Friday, driving by the McMackin ballfield on Winthrop Avenue at 9:15 p.m. to Revere City Hall

A US Air Force Airman who died in Romania during World War II have officially been accounted for. The remains of Charles G. McMackin, 26, who perished during Operation TIDAL WAVE, were identified by the Defense POW/MIA Accounting Agency.

McMackin’s remains will be escorted to City Hall at 9:15 this evening.

McMackin was born on February 23, 1917 and grew up in Revere, Massachusetts, north of Boston. Following the outbreak of WWII, he enlisted in the Air Force, where he served under the rank of Staff Sergeant.

McMackin was assigned to the 68th Bombardment Squadron (Heavy), 44th Bombardment Group (Heavy), 8th Air Force during the summer of 1943. On August 1, 1943, he and others boarded a B-24D Liberator nicknamed “Satan’s Hell Cats” and traveled from the Libyan desert to Romania. However, the aircraft crashed after suffering enemy anti-aircraft fire during Operation TIDAL WAVE, the largest bombing mission against Axis refineries and oil fields in Ploiesti, Romania.

All nine crew members aboard the aircraft were killed in the crash. McMackin’s remains were not identified and buried along with other Unknowns in the Hero Section of the Civilian and Military Cemetery in Bolovan, Ploiesti, Prahova, Romania.

For his efforts, he was awarded the Air Medal with two Oak Leaf Clusters, the Distinguished Flying Cross and the Purple Heart.

In 2017, the DPAA exhumed the Unknowns associated with Operation TIDAL WAVE and sent them to the DPAA Laboratory at Offutt Air Force Base, Nebraska for examination and identification.

McMackin was officially identified on August 17, 2020, with news of the identification being released on November 17, 2021. To identify his remains, scientists with the DPAA used anthropological and dental analysis, while scientists from the Armed Forces Medical Examiner System used mitochondrial DNA (mtDNA) analysis.

McMackin’s name is recorded on the Tablets of the Missing at the Florence American Cemetery in Impruneta, Italy, along with other missing servicemen from WWII. A rosette will be placed next to his name to indicate he has since been accounted for.

A funeral for Charles G. McMackin will be held in Chestnut Hill, Massachusetts on April 14, 2022.