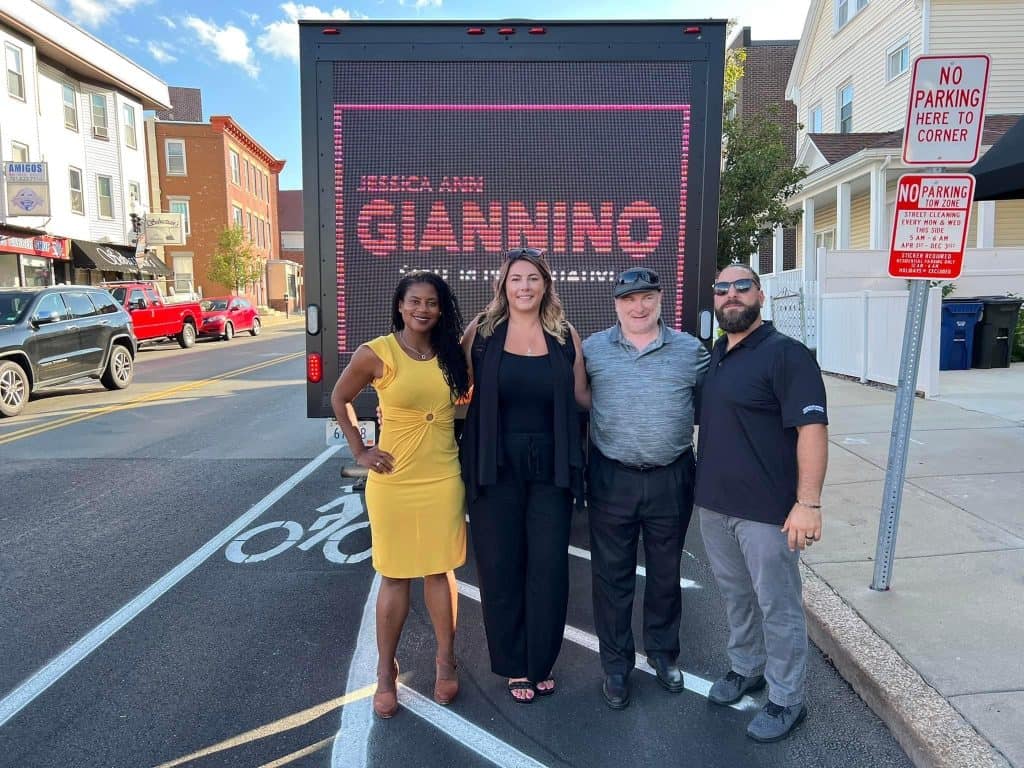 REVERE – State Senator Lydia Edwards and State Rep. Jessica Giannino are proud to endorse each other to represent Revere on Beacon Hill.

“Since she was elected, Senator Edwards has hit the ground running, working hand in hand with me to support the City of Revere,” said Representative Jessica Giannino. “As a young girl growing up in the city, I was always represented by strong women in the House of Representatives. It has been an honor serving alongside such a strong and fearless female in the Senate.”

“Representative Giannino is a tireless advocate for her constituents in Revere and Saugus. She has shown up when WIN proposed a dangerous expansion of their ash landfill in Saugus, when the Point of Pines was in need of a new firehouse, and has pushed for needed reforms to the Revere School Committee. I am proud to support her,” said Senator Lydia Edwards.

Senator Lydia Edwards is a career advocate, activist, and voice on behalf of society’s most vulnerable. She was raised all over the world by her military mom but chose to make East Boston her home.

Prior to being elected to the State Senate and Boston City Council, Lydia worked extensively in the legal field. She worked as a public interest attorney with Greater Boston Legal Services focusing on labor issues such as fighting for access to unemployment insurance, back wages, fair treatment for domestic workers, and combating human trafficking.

Jessica began her career in politics as a City Councilor At-Large for the City of Revere in 2012. In that time, she has worked on countless issues that impact the daily lives of the citizens of Revere, as well as ordinances that will impact generations to follow. In 2013 her inclusive style and strong leadership qualities prompted her colleagues to elect her Vice President of the Council. In 2016 and 2018, Jessica had the honor of serving as City Council President. During that time, she worked to ensure the agenda maintained a balance between protecting and growing the city’s economic base, without

compromising the quality of city services to residents. Jessica believes it is her responsibility to ensure that Revere’s government is accountable to the people, financially responsible, and forward thinking. For more information, visit: www.jessicagiannino.com.