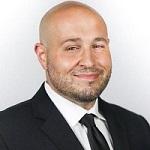 Will run along parking lane southerly side of Broadway from 4 a.m. to 9 a.m. Monday through Friday

The weekday morning MBTA bus lane along Broadway will be permanent. At last week’s meeting, the Traffic Commission approved the request to make the bus lane permanent, as well as some changes to the city’s traffic ordinances. The bus lane runs along the parking lane on the southerly side of Broadway from 4 a.m. to 9 a.m. Monday through Friday. The commission approved a $50 fine for vehicles that park in the bus lane when it is operational, which was a lower amount than the $100 initially proposed.

“For the most part, this was a lot to get off the ground during the pilot, but once we got it going it seemed to be doing okay,” said Revere Transportation Coordinator Julie DeMauro. “In terms of travel time, what we have noticed, and we do have data to back it up, is that the bus lane has saved commuters at least three minutes travel time traveling through Revere Street all the way to the Chelsea line. We are in favor of this in the Department of Planning & Community Development.”

Ward 3 City Councillor Anthony Cogliandro said he supported the bus lane, but did advocate for the essential lowering of the parking fine from $100 to $50. “Other than that, I think it should stay on and I don’t think it causes any additional problems to the city,” said Cogliandro.

Revere Parking Director Zachary Babo said he also supports making the bus lane permanent, but agreed with Cogliandro that a $100 fine for parking in the bus lane is too high. Babo said the city might also want to reconsider the hours for the lane, noting that after 8 a.m., there is increased traffic from people dropping off students at school and stopping at local businesses.

Ward 6 City Councillor Richard Serino spoke against making the bus lane permanent, noting issues other cities have had with similar bus lanes causing traffic congestion. He said he is also concerned that allowing the bus lane on Broadway would open the city to implementing lanes on other streets, such as Squire Road, that could lead to traffic issues.

Several residents expressed concerns that the bus lane hurts businesses along Broadway. Wayne Rose said the three minutes saved for bus riders wasn’t enough of a tradeoff. “I’ve talked to business owners, and they say it hurts their business, especially the ones that open at seven in the morning,” said Rose.