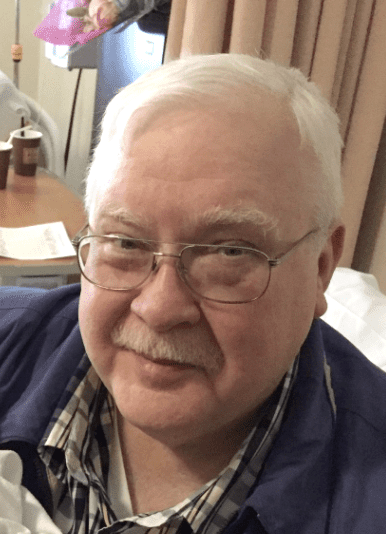 Donald J. Melnik passed away on Saturday, October 22, 2022 at the age of 75 after a valiant effort to recover from complications of Covid.  Born in Boston, raised in Everett, MA, graduate of Everett High School, longtime resident family man of Revere, MA and more recently, for the past 7 years, Conway, NH.  Don served his country as a Radar Technician for the United States Air Force from 1967 to 1971 and retired from the United States Postal Service in 2012 from the position of Transportation Manager.  He is survived by his beloved wife of 52 years, June Marie (Helbling) formerly of Pittsburgh, PA, Revere, MA, and Conway, NH; his daughter, Ashley E. Melnik, Revere, MA; his son, Michael G. Melnik, Michael’s fiancé, Deana Vitale, and Don’s pride and joy, his two grandchildren, grandson, Caden A. and granddaughter Lyla M. all of Conway, NH; his sister Lana B. Melnik, formerly of Everett and Reading, MA now of Bridgton, ME.  Donald was pre-deceased by his parents, his father, Jack A. Melnik, and his mother, Helen (Boris) Melnik of Chelsea, Everett, Revere, and Reading, MA.

Don had been a member of the Order of the DeMolay. His Slavic lineage includes Ukrainian, Russian, Polish, and Austrian ancestry. He attended the Newman School, both Mass Bay and North Shore Community Colleges and was a graduate of Coyne Electrical School.  Don was a passionate New England sports fan who loved the Red Sox and Patriots.  He was a car enthusiast who would take June on rides in his Camaro back in the 70s before the kids came along and his driving of his Dodge Grand Caravans over the years was often inspired by his favorite IndyCar and NASCAR drivers, especially Mario Andretti.  Due to his experience in the USAF, Don enjoyed observing planes arriving and departing from Logan Airport when he lived in Revere and later on, at Brownfield Airport just outside of Fryeburg, ME.  Any time the Thunderbirds or Blue Angels would fly was a performance that he enjoyed viewing with immense pride. Donald had a particular affinity for his daughter Ashley’s first dog, Rudy, her longtime hiking companion. Rudy and Don shared a unique bond that not even words can express.  He loved Rudy as his own. They will both be missed leaving behind a trail of loving memories.  His grandkids will miss his “Mr. Fix-it skills” – “Papa” repaired many broken toys trying to restore them to working order – he had a special knack for these tasks.  Don enjoyed trips he and June made to casinos in Rhode Island, Massachusetts and Maine. Their Sunday drives exploring back roads, quaint restaurants, and vistas could have made a great travel blog.

At Don’s request, no wake or funeral arrangements will be held.  For those wishing to do so, in lieu of flowers, donations may be made in Donald’s memory to a charity of one’s choosing.