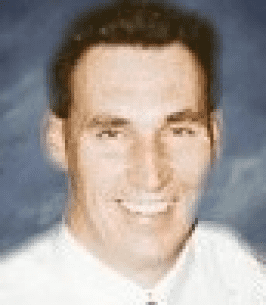 Or Revere. Died on Sunday, October 16th at the Melrose – Wakefield Hospital in Melrose following a long illness, he was 62 years old. Paul was born in Boston and was raised & educated in Mattapan & Dorchester. He was an alumnus of Hyde Park High School, Class of 1979. Paul was an elite athlete, especially in basketball. He was a varsity player on both the basketball & football teams. Paul began his career as a Truck Driver for Boston Equipment where spent 12 years working, before he took a lateral position for United Rentals. He was forced to stop working due to his failing health. During his working career he met & married his wife Donna M. (Ramos) on January 26, 1991. The couple settled in Revere where they had raised their children together. Paul was a father who provided for his family and also made time to coach his son’s sports teams. For many years, Paul & his wife Donna enjoyed coaching Revere Youth Basketball as well as the Traveling Basketball league. His health continued to declined but Paul simply enjoyed being with his family & he was blessed by the birth of his only grandchild.

He is the devoted husband of 31 years to Donna M. (Ramos) Norton of Revere. Loving father Danielle Marrone Westgate and husband Joseph of Plymouth, Paul J. Norton & Ashley Keighly of North Andover & the late Michael A. Norton. He is the grandfather of Hallie M. Norton. Beloved son of the late Paul & Patricia Norton. Dear brother of John Norton & wife Mary of Beverly. He is also lovingly survived by several nieces & nephews.

Family & friends were invited to attend a Memorial Visitation and Funeral Service on Thursday, October 20th from in Vazza’s Funeral Home, 262 Beach St., Revere. Interment will be held privately.

In lieu of flowers, remembrances may be made to St. Jude Children’s Research Hospital, 501 St. Jude Place, Memphis, TN 38104.