Patriots have sights set on tourney bid in 2022 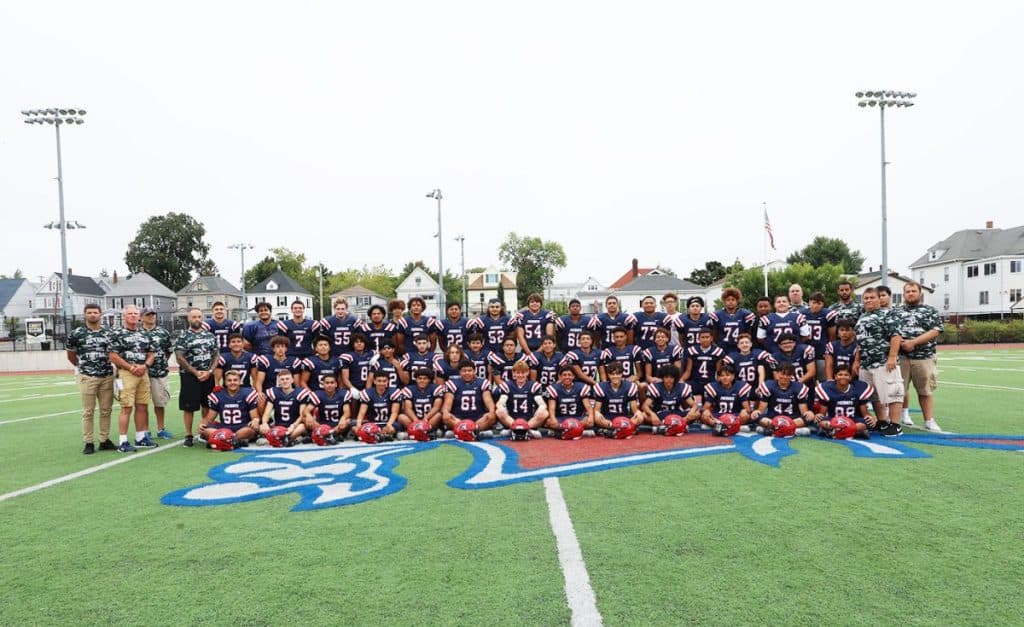 The sting of not receiving a state tournament berth despite losing just two games in 2021 still appears to resonate with the Revere High School football team. And the Patriots seem determined to make sure they are not overlooked again this fall.

Last season, Revere, despite owning a 6-2 record at the time, did not get into the tournament due, in part, to the state’s condensed postseason format and an apparent strength of opposition issue.  Head coach Lou Cicatelli admitted that this Friday’s season opener at Peabody (scheduled 7 p.m. kickoff) could play a huge role in determining playoff qualification. The Patriots finished 8-2 in 2021.

Cicatelli told the press recently that games like the Peabody contest are big because of the ratings points they can generate by earning a victory. Otherwise, he said, because of the system, the Patriots could be on the outside looking in once again even if they finish 8-2 or 7-3.

Cicatelli said the Patriots are confident they can pull off the win at Peabody, which is always a tough place to play. In recent years, Revere has emerged victorious there and has had some success against the Tanners. Though Peabody defeated the Patriots, 28-7, in last year’s season opener at Harry Della Russo Stadium.

Having prepared well in the preseason by participating in a number of scrimmages, including one against powerhouse Everett, Revere is hoping to lead off 2022 with a road win against the Tanners, who were responsible for handing the Patriots one of their two defeats last year. The other 2021 loss was to Everett by a 36-11 score.

After the season opener at Peabody, the Patriots return home to face Plymouth South next Friday, Sept. 16, at 6 p.m. and Medford on Thursday, Sept. 22, also at 6 p.m.