A Huge Win for The Town of Saugus 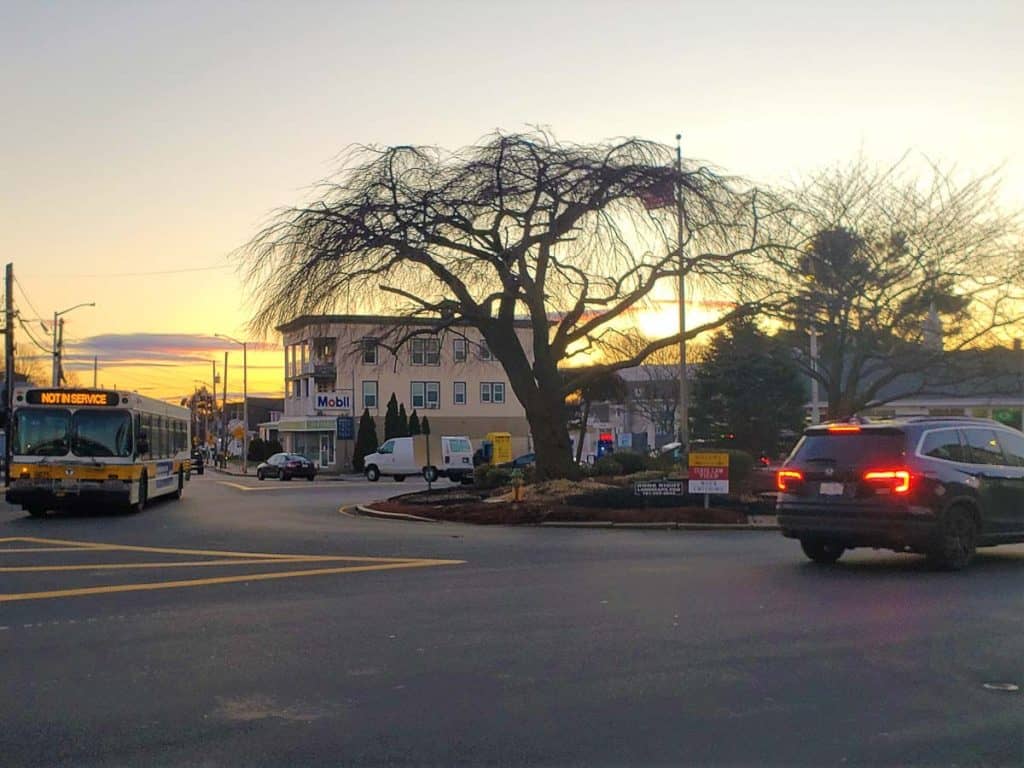 At the end of Tuesday’s (Jan. 17) 165-minute-long meeting, Town Manager Scott C. Crabtree promised to put smiles on the weary faces of selectmen, who were ready to call it a night. “I got one more thing. You guys will be happy,” Crabtree told board members. “I hope there’s going to be smiles here. Very positive news.

This is free money and we worked at it. I’m very pleased to announce that we’ve been awarded $2.3 million in federal funding for the revitalization of Cliftondale Business District,” he said.

And smile they did (See inside for “The Advocate Asks”) as the town manager briefed them on a major development in the nearly two years since the Annual Town Meeting created a special committee to study the revitalization of Cliftondale.

“Cliftondale was identified as a top economical development opportunity and a priority in Saugus and a priority for the public investment in our 2022 Master Plan Update that we did,” Crabtree said.

“I’m thrilled that we were able to deliver the necessary funds to change this fact. Funding is a huge win for the town of Saugus. I’m really excited to see the proposal come to fruition,” he said.

Crabtree told selectmen he hoped to “look at trying to make some changes down there (in Cliftondale)” to benefit the community without doing it at taxpayers’ expense.

The Town of Saugus was among 160 communities that were able to get state projects federally-funded with the Congressionally Directed Funding (CDF) request submitted and championed by the offices of U.S. Senator Edward J. Markey (D-Mass.) and U.S. Senator Elizabeth Warren (D-Mass.).

The award was included in the bipartisan omnibus federal spending bill signed recently into law by President Joseph R. Biden, Crabtree noted in a press statement his office issued Wednesday announcing the grant.

“Cliftondale was identified as a top economic development opportunity in Saugus, and a priority area for public investment in our 2022 Master Plan update,” Crabtree said.

“Growing up in Cliftondale it is near and dear to my heart to see the revitalization of this important business district. I’m thrilled that we were able to deliver the funds necessary to change this fact.

“The funding will allow the town to increase the area’s patronage through increased access to available and safe parking options. The funding is a huge win for the Town of Saugus, and I’m excited to see the proposal come to fruition,” the town manager.

Word of the town being awarded the $2.3-million grant won high praise from Precinct 2 Town Meeting Member Joe Vecchione, who has led the charge for revitalization of Cliftondale since his election to the Annual Town Meeting.

Vecchione, who authored the article passed by the Annual Town Meeting two years ago which created a special Cliftondale Revitalization Committee, called the grant award “obviously a very sigificant step forward in revitalizing the square.”

“I think it’s great continued progress for the efforts that were put forth for the revitalization plan,”Vecchione said. “There is still plenty of work left to do. But it goes to show if you put the work in – as we have – and a couple of years of pressuring. The people of the town and the process of the town toward trying to revitalize the square, has brought us a step closer toward that process,” he said.

Last March, Crabtree, also with the assistance of congressional staff from the offices of Markey and Warren, secured an award for $1-million for public safety communication enhancements through a similar CDS federal funding grant. This makes $3,3-million in total (CDS) federal funding secured by Crabtree in less than a year.

U.S. Senators may request CDS funding for projects in their state each fiscal year that showcase ample local community support and, in most cases, fulfills a distinct local need. A small number of proposals supported by the Massachusetts delegation are awarded.  “We are very appreciative and want to thank our entire congressional delegation,” Crabtree said.

In a written statement to The Saugus Advocate, Sen. Markey stressed that Cliftondale Revitalization was a project that deserved to be funded, for Saugus’ sake.

“Saugus families and small businesses deserve to see new life breathed into Cliftondale, a neighborhood full of promise,” Sen. Markey said. “I am proud to have worked with my colleagues to secure historic federal funding to support community-led efforts to revitalize Cliftondale – helping to bring in good jobs, upgrade essential infrastructure, and welcome new customers and visitors alike,” he said.

Sen. Warren called the Cliftondale Square Business District “the hub of commercial activity in Saugus.” “And this new $2.3 million federal grant will help revitalize shops, infrastructure, and housing in the District for generations to come,” Warren said in a brief statement to the paper.

“I fought hard alongside advocates and residents like the Cliftondale Revitalization Committee for this funding – and I’ll keep making sure the federal government is a strong partner for our communities across Massachusetts,” Warren said.

The Saugus grant at a glance

Project Purpose: The funding will allow the Town of Saugus to facilitate demolition of buildings and construct new parking lots to allow additional economic revitalization and commercial activity in Cliftondale Square.

The funding will help revitalize a longstanding commercial district in the center of Saugus that is historically known as Cliftondale. The area has been an important commercial and retail business district in Saugus for generations but in the past 30 years has gone through documented decline and disinvestment. The town has invested significant time and money into economic analyses and studies of the Cliftondale Square area, which have resulted in a 2022 Final report by the Cliftondale Revitalization Committee and 2022 Master Plan detailing economic development initiatives and plans to revitalize this commercial district.

Ultimate Goal: The funding will allow the town to increase the area’s patronage through increased access to available and safe parking options.