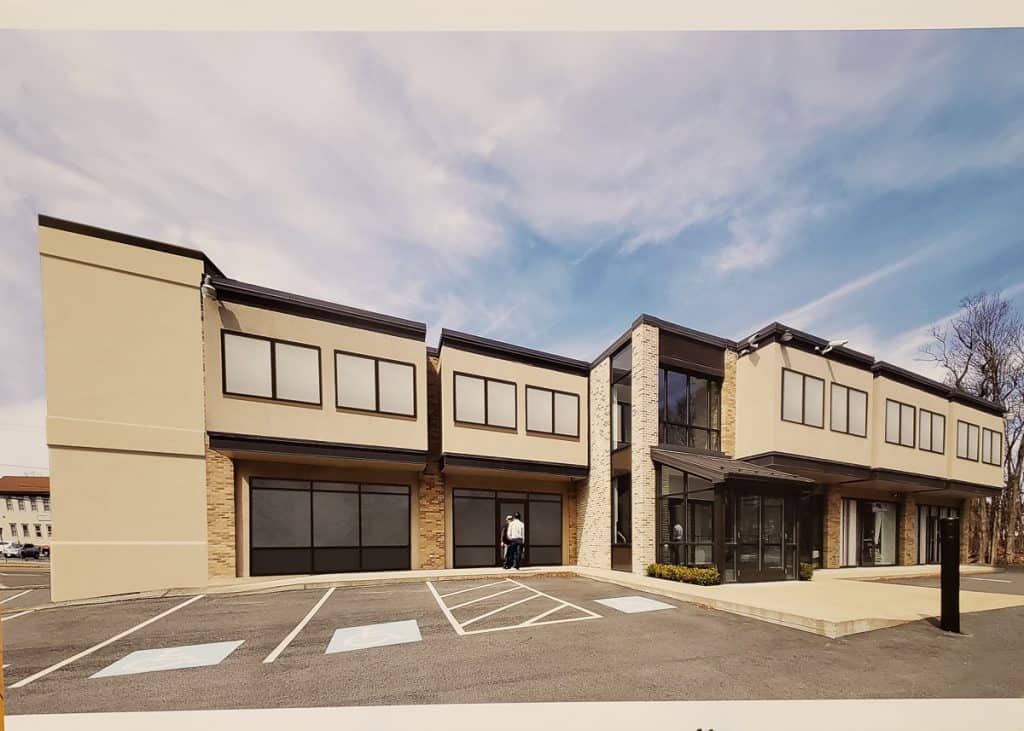 Ray Cavallo said his company was willing to spend more than three million dollars to improve the interior and exterior of the two-floor vacant building at the intersection of Walnut and Water Streets. But after Cavallo and other representatives of Commonwealth Care Alliance Inc. (CCA) argued their case for a special permit (S-2) that would allow them to open up a healthcare facility to treat patients with significant medical, behavioral and social needs, he knew no amount of money would matter.

“I’m well aware of the tremendous problems with substance abuse in our town,” Board of Selectmen Chair Anthony Cogliano said.

“This is the absolute wrong location for it,” Cogliano said.

Selectman Jeffrey Cicolini said he also has some major concerns. “I’m struggling with the location being adequate and suitable,” Selectman Cicolini said.

Convinced that selectmen were opposed to the S-2 permit, CCA withdrew its request for a special permit. If the company had gone forward with its request and was denied, it would have to wait two years before being able to reapply for the permit.

More than 60 residents from the neighborhood packed the auditorium to express vigorous opposition to the project. Precinct 7 Town Meeting Member Michael J. Paolini submitted a petition to selectmen that was signed by more than 100 residents who opposed construction of the facility.

“It’s not something I feel you need in the neighborhood at this time,” Paolini told the board.

“I feel this is an unsafe situation for the children and families of this neighborhood,” Stephanie Hardy of Water Street wrote in a letter to selectmen.

“We already have the Salvation Army Rehab Center right up the street. I have witnessed firsthand many issues with this center. In all of Saugus, my area currently has two centers, and this will make it three drug and alcohol rehabilitation centers,” Hardy wrote. “This is primarily a residential area. There is a lot of traffic congestion and this home will only add to the congestion.”

Cicolini said he was troubled by potential problems created by the 10 overnight rooms on the second floor for people with behavioral issues. The fact that it won’t be a locked facility presented security problems where patients could walk out of the building and into the street and the neighborhood. “People can come and go as they please,” Cicolini said.

One woman said she would feel better if the facility were located on Route One “where we don’t have to worry about people wandering and being in our backyard.”

Cicolini suggested that CCA consider a continuation of the hearing, but only with the provision the company eliminate the overnight facility from its plans. “I’m not supporting a residential facility at this location,” Cicolini said.

Board of Selectmen Vice Chair Debra Panetta said she would not support a continuance under any circumstances.

Attorney Adam R. Barnosky of the Boston law firm of Ruberto, Israel and Weiner said he thought it would be beneficial if CCA could meet with selectmen and the public to answer questions about the project. But his clients were not interested in a continuation.

David Petzke called the health center proposed by CCA “a drug rehab facility that will endanger public health due to carelessly discarded dirty needles as well as cause the inevitable increase in crimes – such as theft, burglary, drug dealing, assault, loitering and intoxicated driving – all squarely in the middle of a residential neighborhood.”

Lauren Easton, vice president of Integrative Program Development and Clinical Innovations at CCA, briefed selectmen on the company’s background and sought to allay fears about safety. “We feel like Saugus was a great location for us to develop the benefit we lost during COVID-19,” Easton said.

“We really think about this as an alternative to inpatient care,” she said.