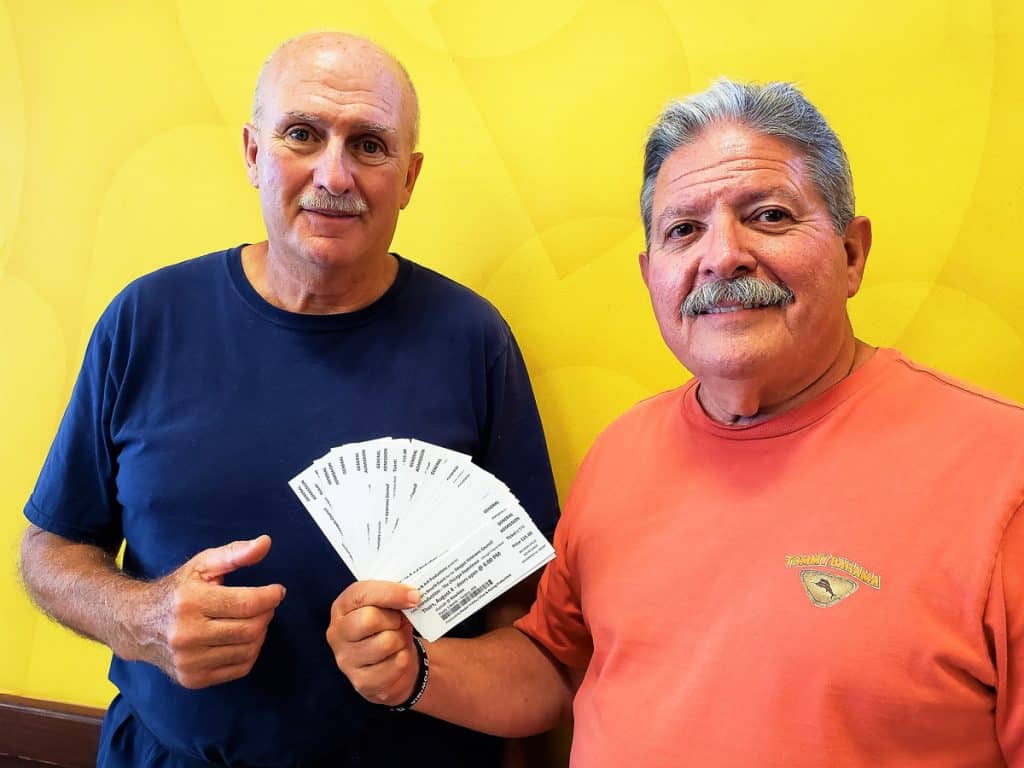 Kowloon Restaurant to host two special concerts next month: one to benefit the Saugus Veterans Council, the other to help youths and sports activities

Imagine a band performing a benefit concert from the top deck of the parking center at the Square One Mall. Dennis Moschella recalled that he thought it was “a great idea” until he approached a mall representative, who quickly shot the proposal down.

“It was not a good situation to be in,” Moschella said in an interview this week.

Moschella, a longtime Saugus resident and Vietnam War veteran who has helped many veterans causes through his group Veterans Assisting Veterans (VAV), was desperate to find a solution to his problem. He called his friend, Board of Selectmen Chair Anthony Cogliano, for help. “Anthony made a call. And through his help, we secured the Kowloon Restaurant as a place to hold the concert, and they’ve been helping us ever since,” Moschella said.

Moschella, other members of VAV, the group Rockin’ 4 Vets and Kowloon have been busy this summer organizing “Homegrown Rock Concerts” and “Throw Back Thursdays” for New England Vets at the Kowloon Restaurant’s outdoor venue on Route 1 North in Saugus.

Thursday, Aug. 25 at 7 p.m. – A Benefit Event for Saugus Youth and sports activities – featuring Panorama, starring The Cars Tribute Band. Doors open at 6. Moschella said this event is planned as a special favor to thank Cogliano by doing a fundraiser to help one of his favorite causes.

“I am pleased to be working with Dennis Moschella and sponsoring concerts for our Veterans at the Kowloon,” Cogliano said in an interview this week.

“We have events planned on August 4th and 25th and are working on bringing a national event on September 25th. Here’s a special thanks as well to the Wong Family and the Kowloon Restaurant, as they are always here for our Town,” he said.

Saugus Veterans Council Commander Steve Castinetti has been working closely with Moschella to organize the details for the Aug. 4 concert. Castinetti said he hopes to see people and local businesses buy up to 500 tickets for the concert. The general admission price is $25, but the cost will only be $10 for veterans, he said. “I hope that we get a big turnout and the residents of Saugus come out and support the people who have supported you over the years through service in the military,” Castinetti said.

“If you can’t come and attend yourself, you can still buy a ticket and support veterans who can’t afford to come. We’ll give the ticket to somebody at the Soldiers’ Home. Last year, we took 30 people, including some staff,” he said. “We hope that people do the same thing on Aug. 25. If you can’t make the concert, buy the ticket and give it to somebody who can’t afford to go.”

Moschella said the concerts hosted at the Kowloon last year were quite successful, as the VAV sought to raise funds so 10 needy Vietnam Veterans who had never seen “the Wall” could go on a weekend trip to Washington, D.C., last fall to live that experience.

“Last year, a former Saugus resident came to see the show and wound up giving $5,000,” Moschella said. “The guy came over and asked if John Cafferty could sign his t-shirt and he would give $5,000. Caffery spent about 20 minutes with the guy and signed the back of his t-shirt.”