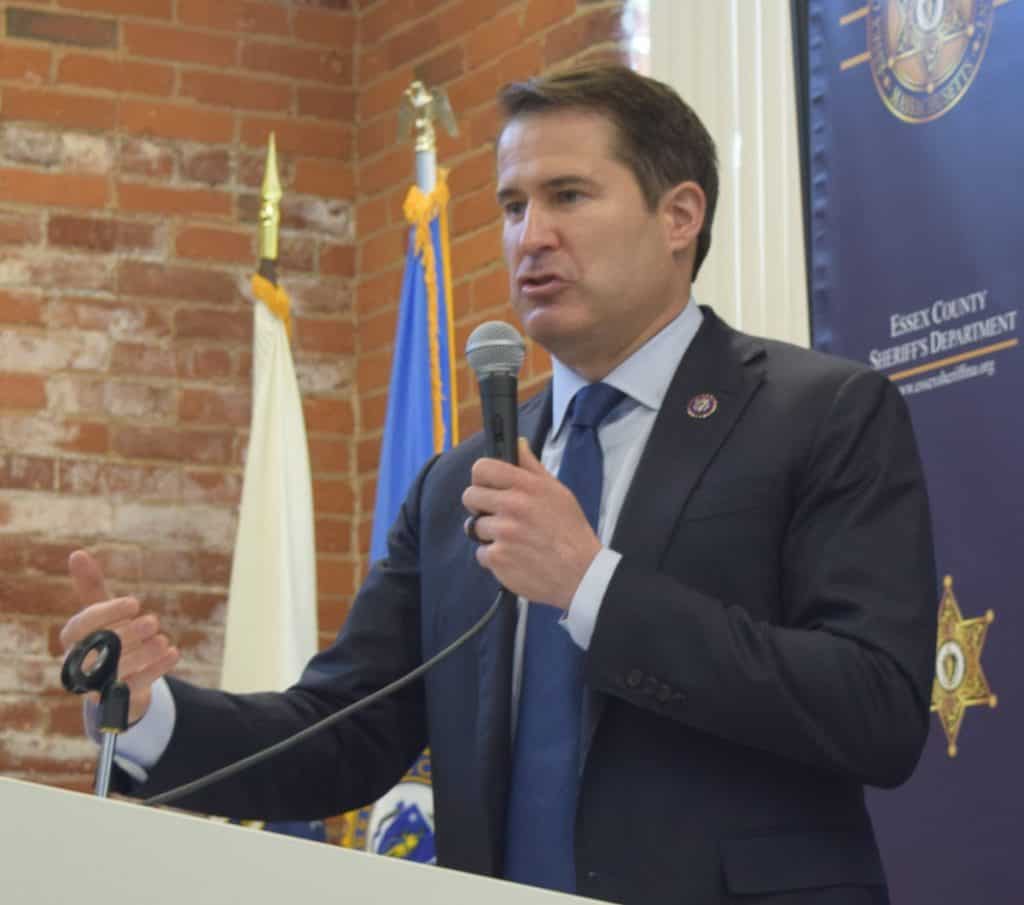 Essex County Sheriff Kevin Coppinger recently announced the opening of the Supporting Transitions and Reentry (STAR) program, a community-based referral program geared toward reducing recidivism in partnership with the courts, corrections and the community.

For many, the mission of STAR begins inside the jail with a variety of clinical, vocational and educational programs followed by a continuity of these services back into the communities as participants reenter society. For others, the referral could come from the courts as an option to incarceration. Either way, the vision is to reduce recidivism by streamlining access to resources throughout Essex County, ensuring program accountability and allowing participants the opportunity to successfully navigate the criminal justice system by returning home as productive community members.

STAR provides an evidence-based curriculum by identifying a person’s strengths and weaknesses to help develop a treatment plan. Each person referred to STAR will be assigned a case manager called a STAR Navigator. The Navigator develops an individualized program for each participant and works with community partners to provide the tools and services they need. This versatile program allows individuals to set small, attainable goals using a flexible schedule that supports their work, family and community life.

Connections to mental health, substance use disorder, educational and vocational training supports are critical and are provided. Referrals to the program will come from the courts, probation and parole officials and the District Attorney’s office, as well as from the law enforcement community.

“We’re going to find out what these justice-involved individuals need, what led to them being in the court system, and what supports they have that they can build on to become successful in the community,” Coppinger said. “STAR is for the courts. It’s for the individual. It’s for the betterment of all our communities.”

Congressman Seth Moulton secured $850,000 in federal funds to help launch the STAR program. He said the importance of this program is that it recognizes human error with humanity. “While it’s important that we take the most dangerous people off the streets and prevent them from committing crimes in the future, it’s also important we recognize the inherent humanity in all of us, that we all have a piece of us that’s a good person,” Moulton said. “We don’t need to put people on a path that only leads downhill. We need to give people a chance, recognizing that we’re not giving people a free chance. We’re not saying there are no consequences for your actions. We’re saying that we want you to be better. We want you to be a part of our society.”

Assistant Superintendent Jessica Oljey oversees the Essex County Sheriff’s Department reentry programs. She discussed the impediments a person often faces when they are preparing to reenter the community: family life, employment responsibilities, food insecurity and homelessness. She said this program helps provide solutions while building resilient individuals. “It’s an opportunity to get things right. It’s an opportunity to find the safe places and human connections in our communities that might have been the sources of much of their turmoil. It’s embracing that sometimes people need second, third, fourth or sometimes even more chances to be the best versions of themselves,” Oljey said. “Reentry is a scary process, and many people say they don’t know where to start. The STAR staff is going to work with individuals to focus on the areas that pose the highest risk of recidivism. We’re going to develop a road map with these men and women with clear lines and a vision for their future.”