Rain or shine, history will be made 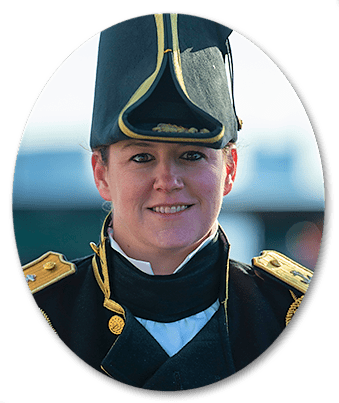 The threat of scattered thunder showers tomorrow morning (Saturday, May 28) shouldn’t be an excuse for a poor turnout for the Annual Memorial Day weekend parade, according to parade organizers and town officials.

“The people we’re honoring that day gave up a heck of a lot more than a dry day,” Saugus Veterans Council Commander Stephen L. Castinetti said in an interview this week.

Selectman Corinne Riley, who has been active in local veterans events, said she agrees with Castinetti’s expectations for the parade – the first one to be held in three years since the March 2020 outbreak of the COVID-19 pandemic. “It is wonderful to be able to remember and pay our respects to those men and women who made the ultimate sacrifice,” Riley said this week.

“I hope everyone lines the streets regardless of weather. Those who served were under much more unfavorable conditions protecting our freedoms,” she said.

Castinetti hopes for a great turnout this year, in spite of the weather, as he sees this year’s parade as something special. “This is a once-in-a-lifetime event that you cannot miss!” Castinetti declared of the parade – which is scheduled to get underway at 10 a.m. tomorrow morning.

“Come out and welcome Commander Farrell to Massachusetts and, more importantly to Saugus!! Meet the new Commanding Officer of the USS Constitution, Old Ironsides, on May 28,” he said.

USS Constitution float will be in parade

Meanwhile, the official Memorial Day will be observed throughout the country on Monday, May 30, the designated holiday.

A USS Constitution float and some of Commander Farrell’s crew will accompany her to Saugus tomorrow, according to Castinetti.

The core of past parades – representing various social, fraternal and nonprofit groups and organizations – will be familiar to those watching the parade, Castinetti said. “It looks like everything is about the same, except that we are adding active duty Marines and Marine enlistees,” Castinetti said.

“We will also have many antique vehicles and trucks and also a third band. We seem to be growing by the day,” he said.

There will be participating bands from Beverly, Peabody, Revere and Salem, according to Castinetti.

A new parade route this year

Castinetti noted there will be several changes to this year’s parade. “We will form up at Anna Parker at 9 a.m. and step off at 10 a.m. The parade will proceed up Essex Street through Cliftondale and then Central Street to Winter Street and stopping at the Veterans Lot in Riverside Cemetery,” Castinetti said. “We will conduct our entire Memorial Day ceremony at the cemetery. We will not proceed to the Town Hall. At the conclusion of the ceremony, all will be dismissed from Riverside Cemetery.”

The start of the Memorial Day Weekend tradition officially begins at 3 p.m. today (Friday, May 27) with the so-called “grave flagging.” A group of volunteers – schoolchildren, members from local Girl and Boy Scout units, retirees, town officials, veterans and anyone else who shows up – will converge on the grounds of Riverside Cemetery for the annual decoration of the graves. Graves Registration Officer Randy Briand will oversee the volunteers.

“Prince Pizza will be donating 20 large pizzas for the flagging crew,” Castinetti said.

Gordie at work in the cemetery

Shepard was initially drawn to Riverside Cemetery to visit the gravesite of his old childhood friend – Richard “Dicky” Devine, Jr. – a fellow Vietnam War veteran who was killed in combat in January of 1969. Shepard continued to make frequent visits to his buddy’s grave. As the years passed, he noticed that his friend’s headstone was beginning to sink into the ground. He looked at the one beside it, and it bore the name of another hero killed during the war. Someone else’s family or friend member. It had been partially covered with grass and dirt. As Shepard surveyed the cemetery, he noticed that many of the headstones and plaques bearing the names of his fellow soldiers were in disrepair.

At that point, Shepard went on a mission to clean and straighten out Devine’s gravestone and then the one beside it. Then he kept going, doing as many as he could over the course of numerous volunteer hours. As the years went on, Shepard restored more than 400 gravesites belonging to veterans.

Eventually, he began his Civil War Burial Plot restoration project in 2015. The plaques in the Grand Army of the Republic Plot were in very bad shape. Some were sunk into the ground and almost all of them were unreadable.

The National Organization of the Sons of Union Veterans of the Civil War honored Shepard with the organization’s 2019 Founder’s Award for his outstanding service in the memory of Union Civil War Soldiers. It was the group’s only award for that year.

What you need to know about Commander Farrell

Here’s a short biography of her education and military service leading up to her current assignment as told by the USS Constitution Museum on its website:

Billie June (BJ) Farrell was born in Paducah, Kentucky. She attended the United States Naval Academy and was commissioned in 2004 with a Bachelor of Science in political science. In 2009, she earned a Master of Science degree in operations management from the University of Arkansas.

Her first division officer tour was aboard USS Vella Gulf (CG 72) as electrical officer. She then briefly took over as OI Division Officer before being promoted to navigator for her second tour. After completing her two division officer tours, Farrell reported to Commander, Naval Personnel Command (COMNAVPERSCOM) in Millington, Tennessee and became an action officer in PERS-833 (Post Selection Board Matters). While there, she assumed duties as delay section head and assistant board screener.

After departing PERS-833, Farrell started the Department Head pipeline. She reported to USS San Jacinto (CG 56) in March 2012 as the weapons officer and then became the combat systems officer onboard. Her next tour was as deputy director for professional development at the United States Naval Academy. After departing the Naval Academy, Farrell reported to Commander, Naval Surface Force Atlantic as deputy N3. She then served as executive officer onboard USS Vicksburg (CG 69).