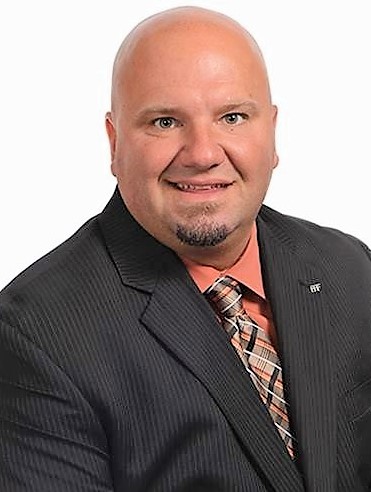 Editor’s Note: For this week’s interview, we decided to get an update from the leadership of the Saugus Dog ParkCommittee. We approached Committee Chair Jeffrey Cicolini, who is also a selectman, and Vice–Chair JoeVecchione, who is also a member of the annual Town Meeting and the Planning Board. Here’s what they had tosay:

Jeffrey Cicolini: As for the dog park, although it is still in its infancy stages of planning, we have done a lot of leg work for the vision and potential location of the park.

We plan to apply for foundation grants to pay for the large majority of the construction and maintenance costs. We surveyed several parks in town and although we currently feel that Stocker meets many of the criteria we would look for, it isn’t etched in stone. To be clear, if we were to move forward with Stocker it would still remain a TBall park; we would upgrade the playing field, dugouts, backstop and the playground equipment. The plan would be to leave one field for TBall and use one of the fields for the large dog park area, and the dilapidated tennis and basketball courts would be repurposed to serve as the small/medium size dog area.

As I said, this is still in the research phase, so I don’t want to put the cart before the horse. Stocker is a great location as it is off the main road area, it is surrounded by few homes that would be impacted and the current park is in pretty rough shape and in need of significant repairs and renovations. I coached down there for several years and very rarely are both fields used at the same time, and the mosquitoes were always an issue being so close to the marsh. This could be a solution that solves many issues where people in town are constantly asking for a dog park and others who use the park currently complain how poor the conditions are down there.

The plan is to lock in a location over the next several months and apply for the grants over the winter. If successful we would plan construction for 2023 and perhaps opening in the fall of 2023 or early 2024.

The members of the committee are: Myself, Chair; Joe Vecchione, Vice Chair; Rick Lavoie, Ann Tesora; Julie Cicolini. We also have town meeting members who attend most meetings (Rick Smith and Rich Thompson).

Joe Vecchione: We [the committee] have had several productive meetings thus far and would say that we are still in the due diligence and conceptual design phase of a process we anticipate to last until the end of the year when we would apply for a grant via the Stanton Foundation who has funded not only the design and construction, but also ongoing annual maintenance for various dog parks in our area including but not limited to Danvers, Peabody, Woburn, Medford, Burlington, and Arlington. Securing a grant would be the ultimate outcome that would be a win-win for the Town, the taxpayers and the thousands of dog owners within the community. Success of the grant application aside, a centrally located dog park in Saugus will be an incredible asset for Saugus especially given the limited open space where dogs are allowed beyond private property. More information on the Stanton Foundation can be found here: https://thestantonfoundation.org/canine-welfare/dog-parks

I’ll credit both Chairman Cicolini and committee member Rick Lavoie who both have brought the idea of a dog park to the forefront. I remember Mr. Lavoie speaking at the Selectmen’s forum in February of 2020 and Mr. Cicolini also buzzing about the idea of a dog park around the same time following the 2019 Election. While the ensuing pandemic caused an understandable gap in the immediate pursuit of a dog park, the formation of the committee earlier this year and the momentum we have gained since is very encouraging. The goal seems reachable and the desire for a dog park throughout town is audible. Mr. Lavoie has gained a lot of online support via the Dogs of Saugus Facebook page, a page dedicated to the many dog owners in town that has a reach of 1,700. The inclusion of a dog park in the recently adopted Master Plan was a welcomed sight and I hope the town follows many of the initiatives it offers. The support for a dog park has been overwhelming, and given the lack of this desirable community resource, one which should be accessible to a critical mass of residents, I strongly believe that this has become a ‘need’ for our town. While not labeled as a “top priority” for Saugus, it’s important to understand that progress in town can happen at multiple different scales concurrently. Not everything needs to happen in a linear fashion or else nothing would get done in Saugus. (That’s sort of been my M.O. trying to convey to a stagnant governmental body – with varying levels of success)

I’ve shared with the committee the expertise I can offer as an architect to review the pros and cons of several town owned sites. This committee reviewed about a half dozen potential sites, careful to understand and be sensitive of the limitations, existing use(s), accessibility, scale, context, natural resources, availability of utilities, net impact, and suitability of these sites. We also reviewed the parameters required within the grant application so we can be competitive in the pursuit of the grant. Lastly, we’ve reached out to Town Meeting members, Town Counsel and the Town Manager to weigh in on our progress and the potential challenges, but mostly trying to collaborate as that is key to the best finished product. We still have several steps left to go and we hope to collaborate further within the town’s channels including Conservation Commission, Parks and Recreation and the DPW. This effort is far from complete and it’s important to be thorough and look forward to this initial phase.

While the site has not yet been identified, as Chairman Cicolini has alluded to, as we have gone through the review of potential dog park sites, the site that stands out to the group is Stocker Park as it meets most of the necessary parameters that are needed for a dog park in town. It is underutilized, in need of repair, central to a critical mass of residents, has relatively few residential abutters, has ample parking, is town owned, has access to utilities, has ample natural sound buffers (trees / elevation change), and has enough space to host a dog park with the preferred separation of large dogs and small dogs. While we are still a ways out from the finalization of a site, this site at the moment seems to make the most sense and part of our process will be to solicit feedback from residents to ensure that valid concerns are addressed and within the scope of what we’re trying to do. If Stocker is the site we choose, as I said, we look forward to working with neighbors, little league, and other users of the park to curate an area we can collectively be proud of and can utilize synchronously. I look forward to the next few months as they will be critical in ensuring the idea of a dog park in Saugus can actually become a reality after several years of talking about it. This committee isn’t active just to tread the water and talk about the “what ifs”. I know they are committed to action and I’m proud to be part of this effort.