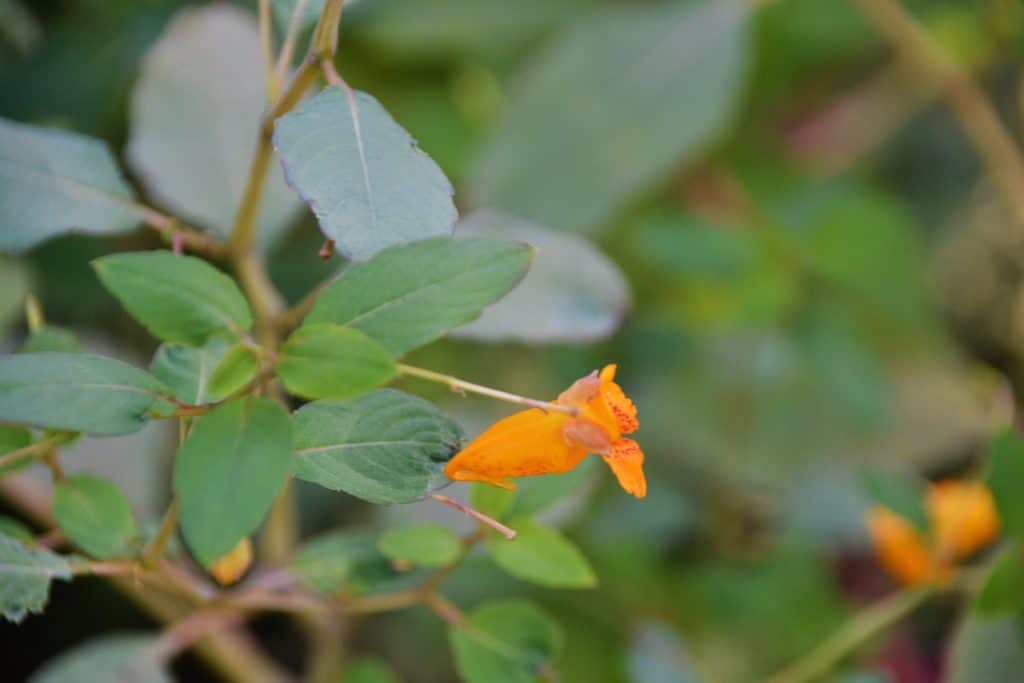 Yesterday, September 22, was this year’s autumnal equinox, when day and night are of equal length. From now until December 21 the nights will be longer than the days, so it is time to plan for some cozy evenings among all the delights of fall. Very soon, Saugus Center will be orange with pumpkins, and the trees will be putting on their most vibrant dresses. There are still many fall flowers yet to bloom, such as Montauk daisy (Nipponanthemum nipponicum) and many other chrysanthemum relatives. Asters in woods and fields are just now showing up in pinks, whites and purples, while nights are still warm enough that we can expect tropical annuals to continue for several more weeks.

The Old Farmer’s Almanac lists our likely first frost date as November 3 for the Boston area, while some others calculate it as likely to occur sometime in the last week of October.

The fall tabletop arrangement of flowers and “fruits” at the September Saugus Historical Society meeting included the fruits of two gourd family (Cucurbitaceae) members, one of which will be readily recognized as a classic round orange pumpkin. Next to it is a tall yellow fruit which I often include for shape and color contrast on my pumpkin porch every fall, although you might find it at the supermarket almost any time. It is the same species as some pumpkins (Cucurbita pepo), but a different variety – spaghetti squash. Spaghetti squash fruits may have white, yellow or pale orange skin, and it outwardly resembles its close relative pumpkin, but instead of being smooth when cooked, spaghetti squash flesh becomes somewhat stringy, resembling spaghetti, and is popularly served with tomato sauce, pesto or other sauces commonly used with traditional spaghetti.

It is impossible not to notice the autumnal orange blossoms of jewelweed (Impatiens capensis) on the slopes of the Ironworks as you go up or down the slope between the upper and lower sections of the Ironworks. They are small but a very bright orange with curved nectar spurs which make them very attractive to bees and hummingbirds. Their sap can help prevent the worst effects of poison ivy rashes, but some people may also be allergic to jewelweed sap, so while it may be a useful remedy for some it is not a great remedy for everyone.  Like other members of the genus Impatiens, including the popular, shade-tolerant annual sold in many garden centers, the seed can burst abruptly when touched, ejecting the small seeds in all directions. The vivid turquoise seeds are quite striking, and this dispersal can result in spreading the plant prolifically. It belongs to the balsam family (Balsaminaceae). While not at all related to the similarly named balsam fir, the balsam name for both species developed because the sap is sometimes considered a balm or soothing ointment.

February may seem a long time away, but somebody in town is already preparing for Groundhog Day! Groundhogs (Marmota monax) are at their plumpest this time of year because they are intentionally putting on weight in preparation for their winter hibernation, and they will rely on that extra fat to get through early spring until fruits and vegetation are available. In New England, depending on the weather, they may sleep through Groundhog Day and continue hibernating into March.

Their diet consists mostly of grasses, clover, alfalfa and many plants we would consider weeds, but they also relish many of the same fruits and vegetables people do if they can find them. While primarily vegetarians, they do also eat small insects and snails. Groundhogs are sometimes known by other names, including marmot, woodchuck and whistle pig. The last of these names comes from its alarm call, a high-pitched whistling sound. The common name woodchuck is an anglicization of one of its native American names, wuchak. Its species

epithet “monax” is a variation of another of its Native American names, sometimes spelled moonack. Like other members of the squirrel family (Sciuridae), groundhogs have a reputation for stealing vegetables from unprotected gardens and can climb a tree or small fence when sufficiently motivated. Aside from arboreal dwelling members like many species of squirrel, this family includes burrowing species like chipmunks, groundhogs and further west, prairie dogs.