Saugus gardens in the pandemic: Here’s what’s blooming in town this week to make your walks more enjoyable

With some traditional events involving fireworks and parades still somewhat curtailed due to the pandemic, the garden remains a colorful site for celebration. Good container plants with long blooming annual red flowers include the traditional geranium (Pelargonium spp.), impatiens (Impatiens wallerana), verbena (Verbena hybrida), cockscombs and woolflowers (Celosia spp.), wax begonias (Begonia semperflorens) and annual salvia (Salvia splendens). These all come in a variety of other flower colors, too.

A few popular annuals with blue flowers are flossflower (Ageratum houstonianum), annual lobelia (Lobelia erinus) and blue pimpernel (Lysimachia monelli, formerly Anagallis monelli). Purple flowers can also fill in nicely, since it is nearly impossible to find a real navy blue. White flowers may be the easiest of all to find since many of the above are available in white as well as blues and purples. One of the loveliest is white sweet alyssum (Lobularia maritima) which has a lovely fragrance.

Many kinds of pinks are blooming in sunny gardens. They got their name from the pointed or “pinked” edges of the petals. There are perennial species, which typically bloom only in June but come back every year, and annual pinks, which usually flower most of the summer but won’t survive a frost. Pinks (Dianthus spp.) are related to carnations (Dianthus caryophyllus), for which Saugus was once famous. Sims Carnations on Morton Street was world renowned for these greenhouse-grown flowers, especially a new red variety they produced, in the early 20th century. The genus Dianthus also includes sweet William (Dianthus barbatus). Another plant sometimes called a pink is the spring blooming rock phlox (Phlox subulata). While not closely related, both the true pinks and the phlox have five petaled flowers in a similar range of colors – the color pink, of course, as well as white and purplish-magenta, and in the case of pinks (Dianthus) also bright red.

Petunias and million bells can be found in red, white and purple if not actually blue. Million bells (Calibrachoa spp.) resemble small petunias and are found in a similarly wide range of colors. Like petunias (Petunia spp.), tomatoes (Solanum lycopersicum), potatoes (Solanum tuberosum) and tobacco (Nicotiana spp.), they are members of the Nightshade family (Solanaceae).

A few perennials in patriotic colors are also blooming right in time for the fourth. Our native bee balm (Monarda didyma) may have red, pink, white or lilac colored flowers, but bright reds are among the most readily available, and they are likely to start blooming here in early July. Saugus resident Monique Todd remarks, “The flowers look like fireworks,” and they really do. Delphiniums (Delphinium spp.) bloom in pink, purple, blue or white, but there are several varieties of pale blue and royal blue in bloom now, and if cut back when these flowers fade they have a good chance of flowering again later in the season.

We won’t have to look far from the garden to find the flavors of the day either. The traditional dinner for fourth of July is salmon and peas because both are in season at this time of year. Anadromous fish like salmon swim upstream to spawn, and salmon arrive around the time the earliest pea crops are ripening, so these two are traditionally available and fresh for the fourth. It will depend on when the peas were sown, and somewhat on the variety of peas, whether they are actually ready now or not, and in supermarkets now both are available year round. In our part of the country, peas mature about 12-16 weeks from sowing, so local crops are not likely to be harvestable yet. Young peas in the pod may be ready to eat sooner, as you can harvest many kinds of pea at different stages in their development. If you are just now getting around to planting seeds, there may still be pea sprouts to be savored before the summer has progressed much farther.

PLANT FOR THE DAY: Strawberry Parfait China pink (Dianthus chinensis ‘Super Parfait Strawberry’) was a very appropriately named plant seen at the garden club’s plant sale at the Strawberry Festival in Saugus on June 19. (Courtesy photo to The Saugus Advocate by Laura Eisener)

CELEBRATING AMERICA: A cart of red and white geraniums (Pelargonium hortorum) bloom in the front of Gene and Arlene Decareau’s home. (Courtesy photo to The Saugus Advocate by Laura Eisener) 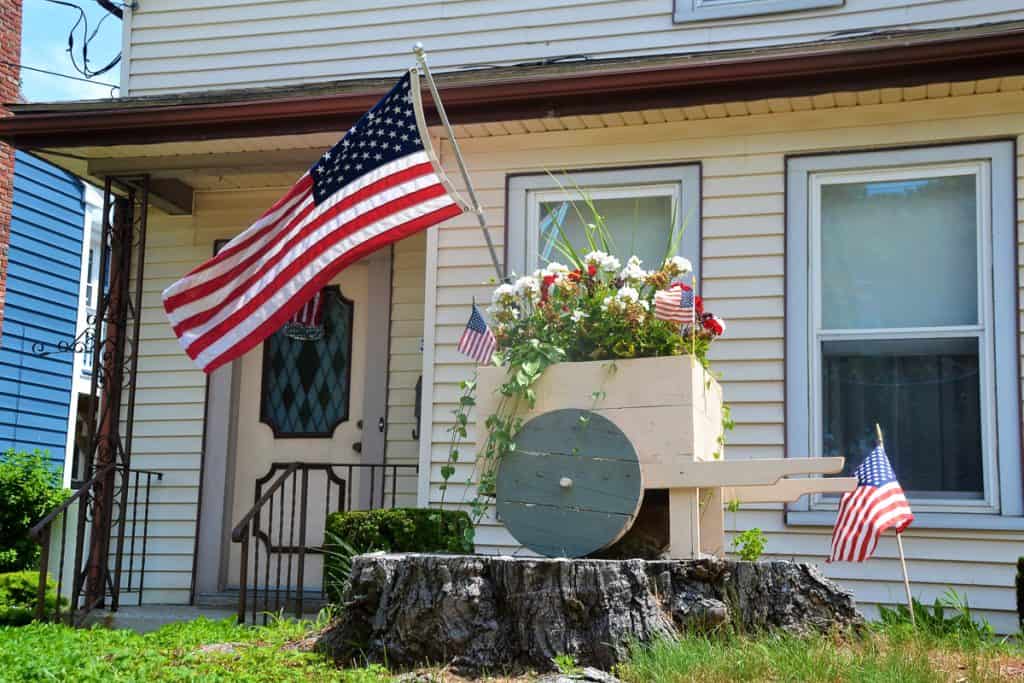 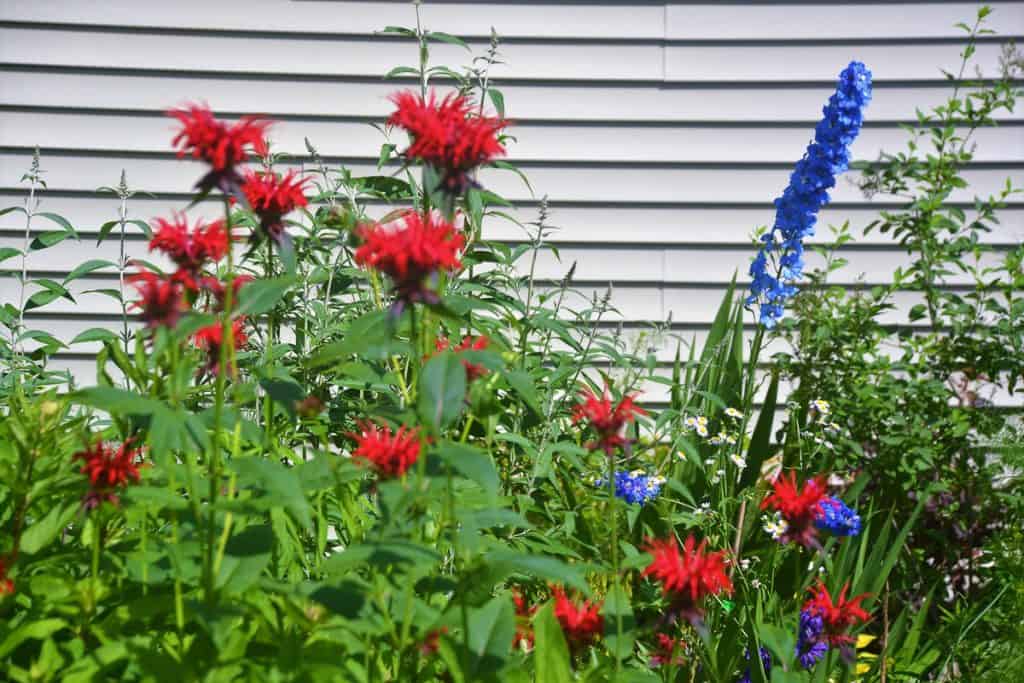 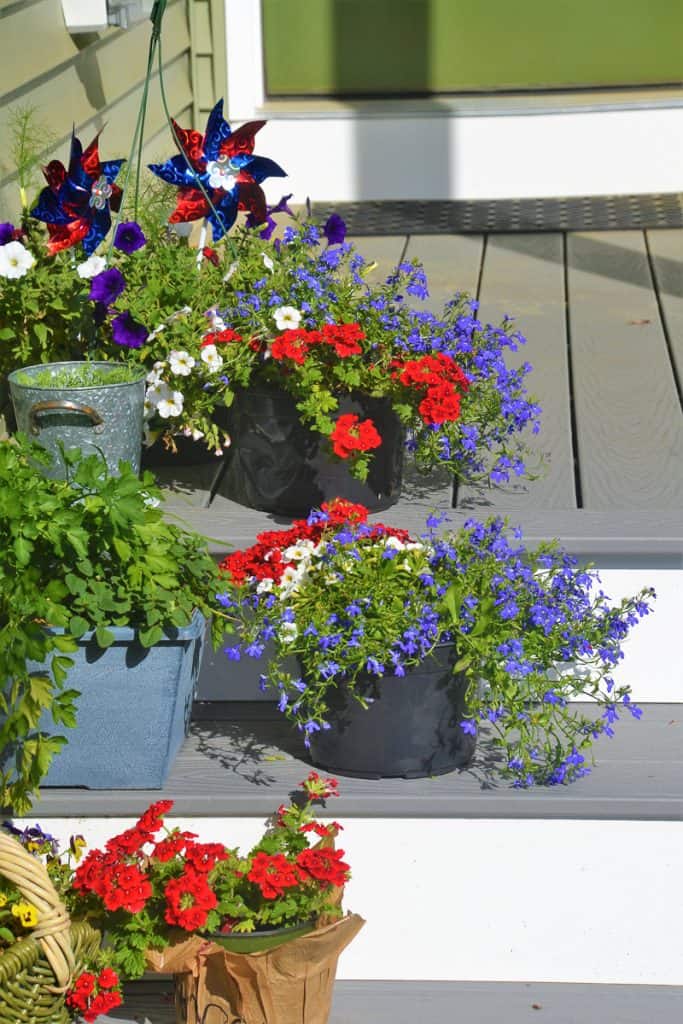 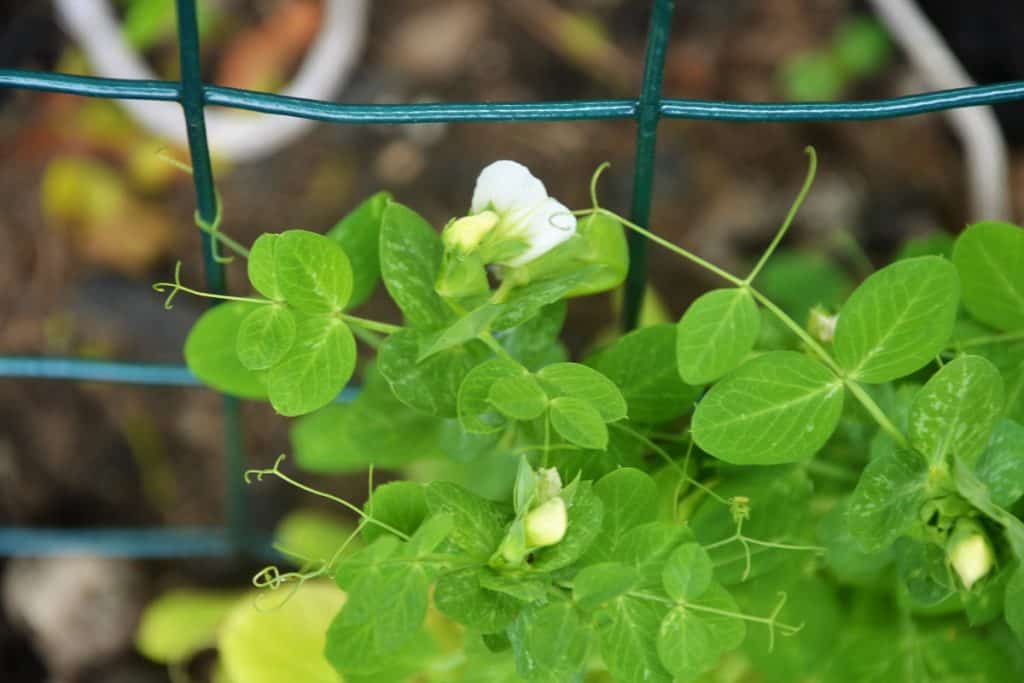 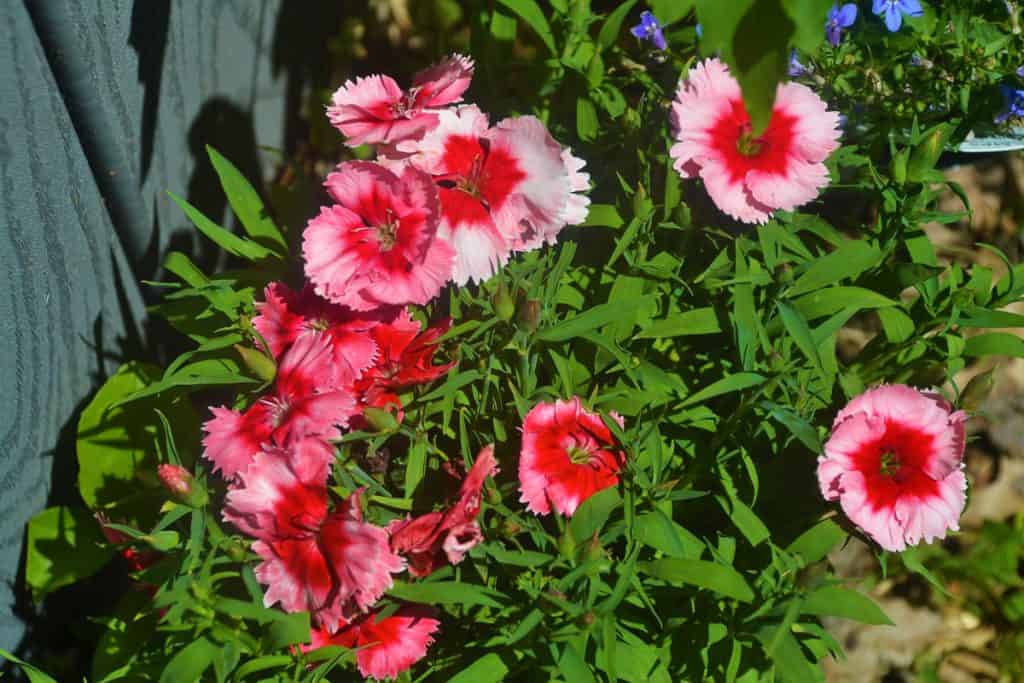