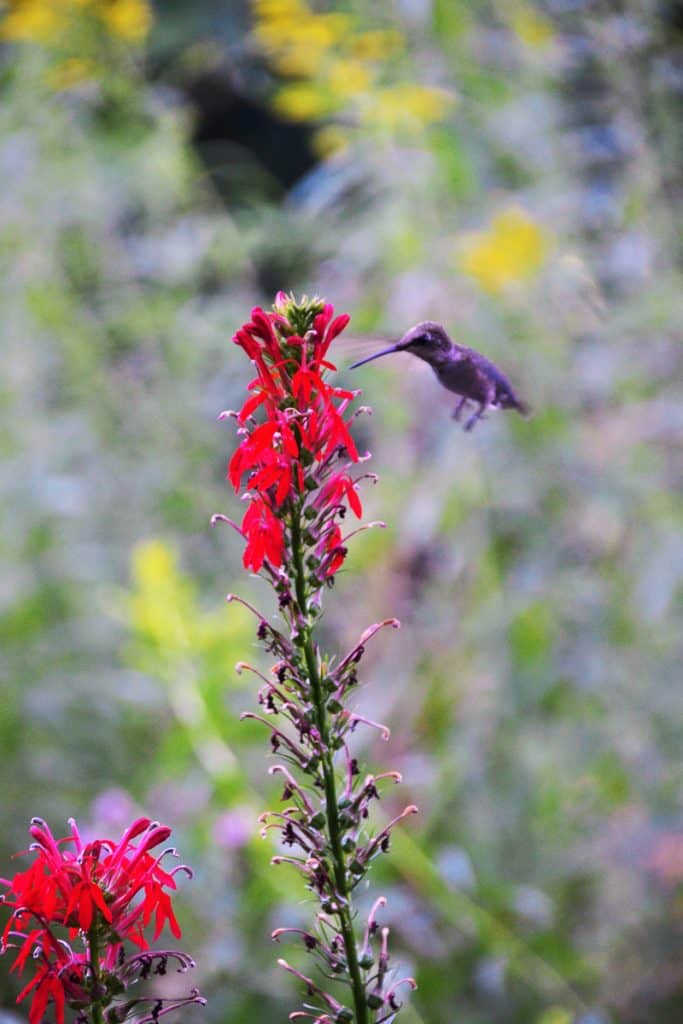 In some places the drought has taken quite a toll – many trees on Vinegar Hill have brown leaves, even after a few brief thunderstorms this week. Water loving plants like beach plums near the river are also showing stress from the drought. August’s full moon last night looked down on a thirsty landscape, but the woods in Breakheart Reservation is fragrant with summer sweet (Clethra alnifolia) despite the dry weather. The flowers of this shrub are often smelled before they are seen.

Sweet corn (Zea mays) is one of the edible plants most often associated with the month of August, since many varieties ripen this month and sweet corn lovers flock to farmer’s markets to seek out fresh ears if they are not growing corn in their own garden. A member of the grass family, corn typically has separate staminate (often called “male”) flowers and pistillate (often called “female”) flowers on the same plant. Several staminate flowers grow in what is known as a tassel at the top of the stems, and they produce pollen. Pistillate flowers grow on a thickened stalk or cob farther down, and if pollinated, will develop the familiar ear of sweet kernels, which are the seeds of the plant. Other types of corn, called field corn, may be used to make corn meal, fed to livestock or made into corn oil. Other varieties are grown for popcorn.

In much of the world, what we refer to as corn is called maize. In the 17th century, when the Saugus Iron Works was originally built, most Europeans referring to corn would be thinking of any kind of grain – more likely wheat, barley, oats or rye, although they would have known of the North American grain known as maize. Today what we call corn is grown worldwide and has more varied uses than almost any other plant. As a cereal grain it is eaten by people and livestock, and some kinds are grown for flour, cornstarch, corn oil, liquor (such as bourbon), biofuels and many other purposes. Even if we are not growing corn in our gardens, there may be kernels out there, since some kinds of corn kernels are used in birdseed mixes. Many commercial cornfields are growing genetically modified varieties, but seeds available for home gardeners include many heirloom varieties. Other parts of the corn, such as the leaves or husks, may be left on during cooking or grilling sweet corn, used to wrap ingredients in tamales or made into corn dolls. Corn cobs have been traditionally used to make corncob pipes. The growing plants also play a part in summer-fall recreational activities as corn mazes have become popular. Very few plants have so many uses as this New World grass.

Another New World plant which often achieves its peak of splendor in August is the sunflower (Helianthus annuus). In one growing season this species can reach great heights and produce a large and showy flower head, or several, depending on variety. Dee LeMays’ Springdale Avenue garden includes several kinds, some close to 10′ tall and others with multiple blossoms in pale yellow and orangey tones. They have always been popular with their flower heads that look like the sun, but their seeds are also used as food for people and birdseed, as well as made into oil. Some farms have opened sunflower fields which are popular for visiting and photographing. Sunflowers are the national flower of Ukraine and the state flower of Kansas.

If you prefer to seek out shade, one of the most delightful woodland flowers of late summer is red lobelia or cardinal flower (Lobelia cardinalis), which blooms all over New England. Each individual blossom looks like a cardinal in flight, and it blooms for several weeks with blossoms starting at the base of the spike and opening closer to the top as the season goes on. Hummingbirds are drawn to the flowers’ bright red color and spend some time every morning looking for nectar in my garden.