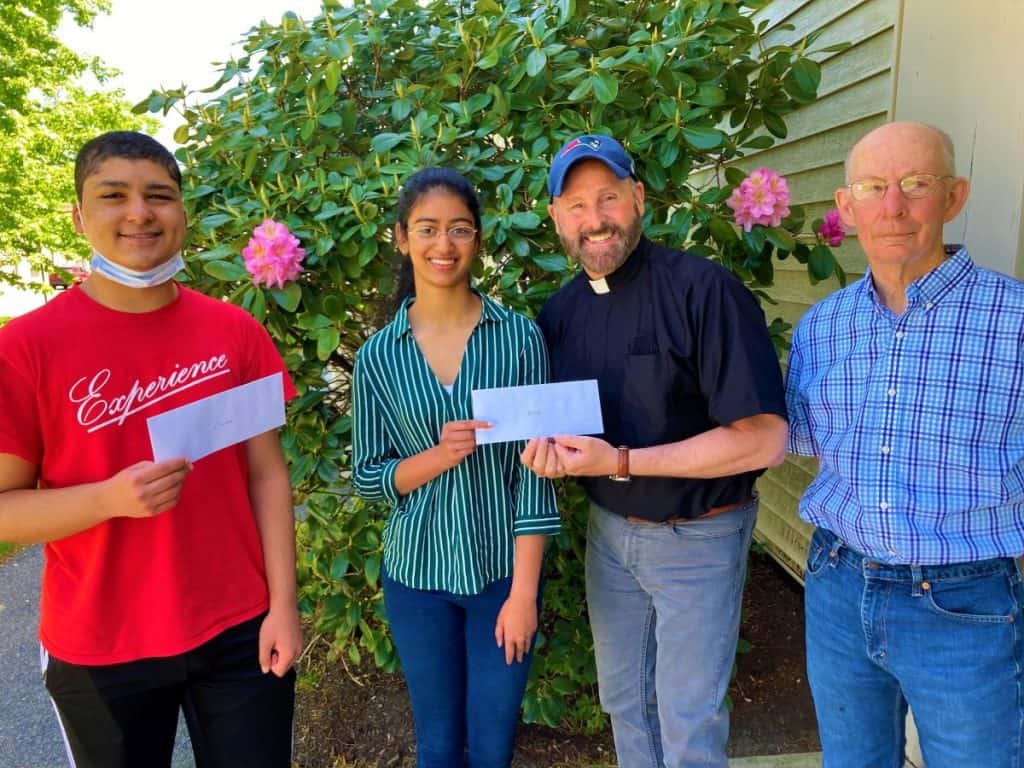 The First Congregational Church-UCC of Saugus this week handed out its annual Danny Panico Memorial Scholarship Award to two graduating students from Pioneer Charter School of Science II in Saugus. This year’s winners are Omar Ally and Neva Matthews.

“I, along with Carl Spencer, handed them out [Tuesday, May 24] and they were very happy to receive them,” he said.

Here’s what Rev. Ladd said about this year’s recipients:

Omar Ally is a real go-getter. In class, he’s prepared and motivated and outside of class, his volunteer activities have stretched from one end of Saugus to the other. He’s easy and engaging and is a great communicator whether it be with his peers or with faculty and staff at school.

Neva Matthews volunteered at the Alzheimer’s Disease Center where her responsibilities were setting up appointments for the clinical trials, data entry from the Montreal cognitive assessment. She also developed a fingerprint scanner with text notifications that allow caregivers to monitor their patients safely, then submitted this project to the school science fair. She wants to study bioengineering.

The award – also known as “The Pumpkin Patch Scholarship” – is funded by proceeds generated by the church’s “Pumpkin Patch” held in October during the past 20 years. Panico, a longtime church member and Pumpkin Patch worker, died in 2017, and the scholarship is meant to honor his contributions.

Saugus is one of many communities receiving pumpkins from the Navajo Reservation near Farmington, N.M., working with a program called Pumpkin Patch USA, which coordinates the destination of the pumpkins. The church and the Navajo Reservation both benefit from the pumpkin sales. The local “Pumpkin Patch” began in Saugus Center about two decades ago as a fundraiser for the church’s Youth Group and has continued to flourish as somewhat of a communitywide autumn attraction.

The scholarships are a way of the church “giving back to the community” for supporting its annual Pumpkin Patch.