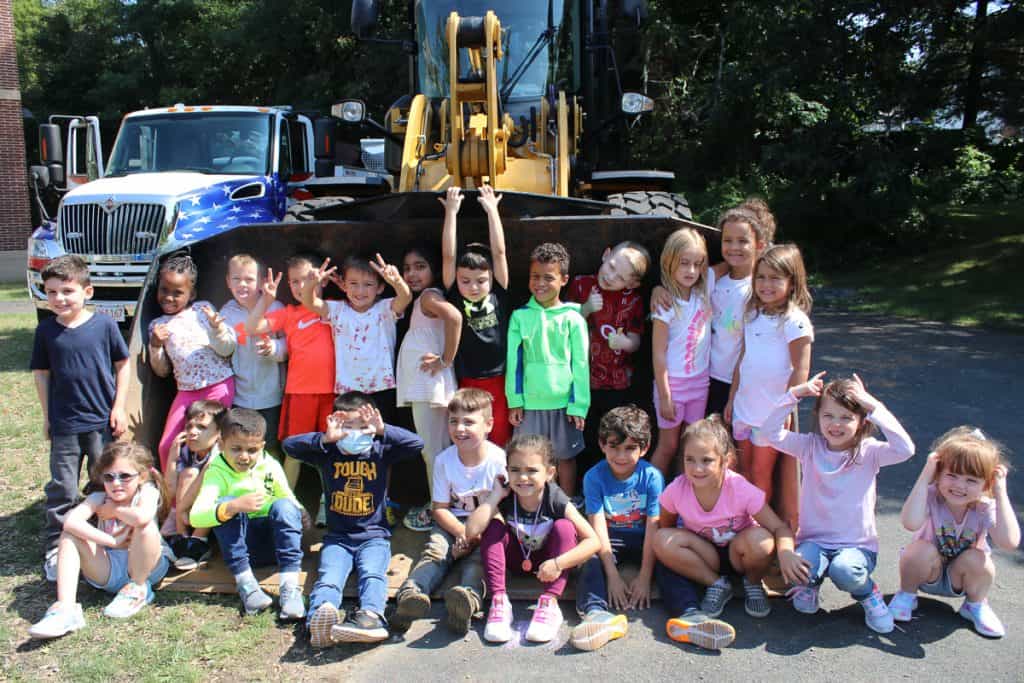 Kindergarten children learned hands-on about the letter of the week, in this case T, during class at the Veterans Early Learning Center last Friday. Kindergarten teachers Kelly Donahue and Kristen Colella reached out to Board of Selectmen Chairman Anthony Cogliano and Agganis Construction to organize this touch-a-truck event for kindergartners.

Kindergartner Nolan Barton, 5, said it was his first time taking a picture inside the front loader’s bucket. “It was very fun,” Nolan said. “I liked [pretending to drive] the truck with the eagle on it.”

Kindergartner Savanna Johnson, 5, liked sitting on the high edge of the trucks. “I was a little scared, because it’s high,” Savanna said. “My favorite part was [pretending to be] driving the truck.

Classroom teacher Kristy Baker said her students were so excited to touch the trucks since their Letter of the Week is T. “Having these kinds of hands-on experiences are crucial for the development of our youngest learners, and we are so happy to have a community that supports that,” Baker said.

Cogliano said Steve Agganis has been a friend of his for more than 30 years. “When it comes to giving back to our community, especially to the kids, he’s always there for me,” Cogliano said.