WANTED: A fifth member for Saugus Board of Health 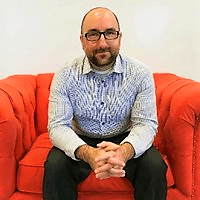 As the saying goes, “No one is irreplaceable.”

Except for the Saugus Board of Health, where the popular quote has become obsolete. The board’s former Vice Chair, Shawn Ayube, resigned nearly a year ago when his family moved to Hopkinton, and the position has remained vacant ever since.

Another public plea by the board’s Chairman, William Heffernan, to fill the vacancy may have been the most significant part of Monday (April 11) night’s meeting – the first in-person session since the outbreak of the COVID-19 pandemic in March 2020. This was also the first time in many months that the board had four members attend a session. Veteran member Joia Cicolini, who has been unable to make a number of meetings after undergoing eye surgery, returned Monday night.

Desperate to get the board back to full strength, Heffernan appealed to any town residents who are interested in serving on the Board of Health to contact the town manager as soon as possible. “Again, not to beat a dead horse, but we still have an open seat,” Heffernan said at Monday’s meeting, which lasted less than 14 minutes with very little business.

“I encourage anyone interested in joining the Board of Health to submit a letter of interest to the town manager. We’ve been ‘a party of four’ for way too long,” Heffernan declared. “Personally for me, my job is getting a lot more taxing with travel. So, having a fifth person and electing vice chairman would be beneficial, I think, based on the fact that my boss is Dutch, and the Dutch are very upfront and abrupt. And if he calls me to get on a plane, I don’t have any choice. …If anyone is interested, please reach out to the town manager’s office. I hesitate to say how much fun it is, but it is rewarding, especially if you live here, to serve the town you live in. That’s how I feel about it.”

Concerns about not getting a quorum

Heffernan works for Philips Healthcare, which is headquartered in the Netherlands with a national office in Cambridge. In an interview after the meeting, he said his responsibilities in the job have been growing and it has involved more out-of-state travel.

He has expressed concerns repeatedly over the past year about the Board of Health being forced to cancel meetings if it can’t get the necessary quorum of three members. “We’ve been operating for too long with four members and we need to get back at full strength and also elect a vice-chair,” Heffernan said.

“Shawn’s resignation was a big loss and we need to fill that vacancy,” he said.

In a workshop session with the Board of Selectmen earlier this year, Town Manager Scott C. Crabtree said he just hasn’t found the right candidate to fill the position. Several candidates had applied. The problem is the candidates were either biased toward or against WIN Waste Innovations (formerly known as Wheelabrator Technologies, Inc.) – the town’s biggest taxpayers ($3.1 million a year) and owners of the trash-to-energy plant on Route 107. Crabtree told selectmen that he felt conflicted by having to appoint and said he was subjected to undue pressure and felt uncomfortable appointing candidates who were either pro-WIN Waste or anti-WIN Waste. The town manager also told selectmen that he felt pressured by members of the board who were pushing him to fill the position.

Board of Selectmen Chair Anthony Cogliano, Sr. isn’t happy about the time it’s taken to fill Ayube’s vacant seat and was critical of the town manager’s delay in filling the position. “All positions need to be filled…especially when there are quality applicants to fill them,” Cogliano said.

“It’s his job [Crabtree] to nominate and our job to confirm. I want open-minded, self-thinking, confident people on all of them [the boards],” he said.

Cogliano said he is so frustrated about the prolonged vacancy of Ayube’s seat that he sees no reason for the Board of Health’s WIN Waste Subcommittee to meet until the board vacancy is filled. “This should have been done months ago,” Cogliano said.

Selectman Corinne Riley said she shares Cogliano’s frustration. “I understand the controversy surrounding the appointment to the BoH, but the Board of Health is responsible for so many other important issues that I was anticipating an appointment would have been selected shortly after Shawn had left,” Riley said yesterday. “I am hoping the town manager will submit candidates interested very soon. We know the town has trouble getting residents to volunteer for these positions; however, since we’ve been advertising, I hope there are several applications to consider.”

A job description for volunteer applicants

Crabtree’s office issued a press release back in February seeking to fill the position. “The ideal candidate will have experience as a medical or health professional and be willing to objectively, and without prejudice, apply applicable laws and regulations to issues that come before the Board of Health,” the press release said.

“Under Massachusetts General Laws, state and local regulations and community direction, Boards of Health are held responsible for disease prevention and control, and health and environmental protection and promoting a healthy community. Boards of Health serve as the local arm of both the Massachusetts Department of Public Health and the Massachusetts Department of Environmental Protection. To fulfill their duties, they develop, implement and enforce health policies, oversee inspections to maintain minimum standards for sanitation in housing and food service, and assure that the basic health needs of their community are being met.”

In his interview Monday, Heffernan said it would be ideal for the person filling the Board of Health vacancy to have a public health background, “whether professional or while serving another town.” But he stressed that being interested in serving the town and having an open mind should at least be a prerequisite for applicants for the position.