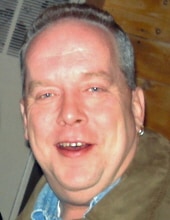 Of Saugus. Died suddenly, Labor Day September 5, 2022.  Known locally as the unofficial Mayor of Cliftondale Square, Tim still resided at the family homestead in the Cliftondale section of town. Over the years he renovated the 19th century home to include a mini-Irish pub to proudly display his Irish heritage.

Born in Lynn and a lifelong resident of Saugus, Tim was the son of the late Donald J. and Mary J. (Evitts) Shea. He established a long career in aircraft engine part repair including Walbar Metals Inc of Peabody, Lynn Division at General Electric Co. and lastly with Collins Aerospace of Peabody.

Tim was a Saugus High School graduate of the class of 1978 and to this day remains lifelong friends with many of his Saugonian classmates. He was an avid Boston sports fan and a lifelong rock n’ roll music fanatic having once traveled to France to attend a concert by The Cure. He loved camping; BBQ’s, a friendly game of cards and tailgating at Shea Stadium. Tim was a big man with a “heart of gold” and a personality larger than life itself. He never married and thus devoted his unconditional love and devotion to his family and friends. For over 25 years Tim has spent every Christmas Eve dressing as jolly Saint Nick and visiting generations of family and friends from Cape Cod to Southern New Hampshire spreading the spirit of Christmas. Living life to its fullest didn’t interfere with his compassion and desire for helping those in need. Charitable giving was Tim’s favorite hobby and there were many. He founded the Mary J. Shea Foundation, helped raise funds for World Series Park in Saugus, was a benefactor of the Veterans Memorial Park at Saugus Center and was a devoted advocate and supporter of the Norden Family and their A Leg Forever Foundation created shortly after the 2013 Boston Marathon bombing to name a few. His legacy will be forever remembered as “putting others first”. He will be dearly missed but NEVER forgotten.

Tim is survived by his brother, Donald C. Shea and his wife Rose of Groveland; three sisters, Maureen A. Garabedian and Gary Clapp of Atkinson, NH, Jean M. Barbanti and her late husband Anthony of Saugus, Kathleen White and her husband Mike of Lynn; as well as many nieces and nephews.

Relatives and friends were invited to attend visiting hours in the Bisbee-Porcella Funeral Home, Saugus. A funeral was held from the funeral home on Thursday followed by a funeral mass in St. Margaret’s Church, Saugus. Interment in Riverside Cemetery in Saugus.

Donations: “The family welcomes donations to either the Mary J. Shea Foundation or A Leg Forever Charitable Foundation as an expression of sympathy of / in lieu of flowers”.