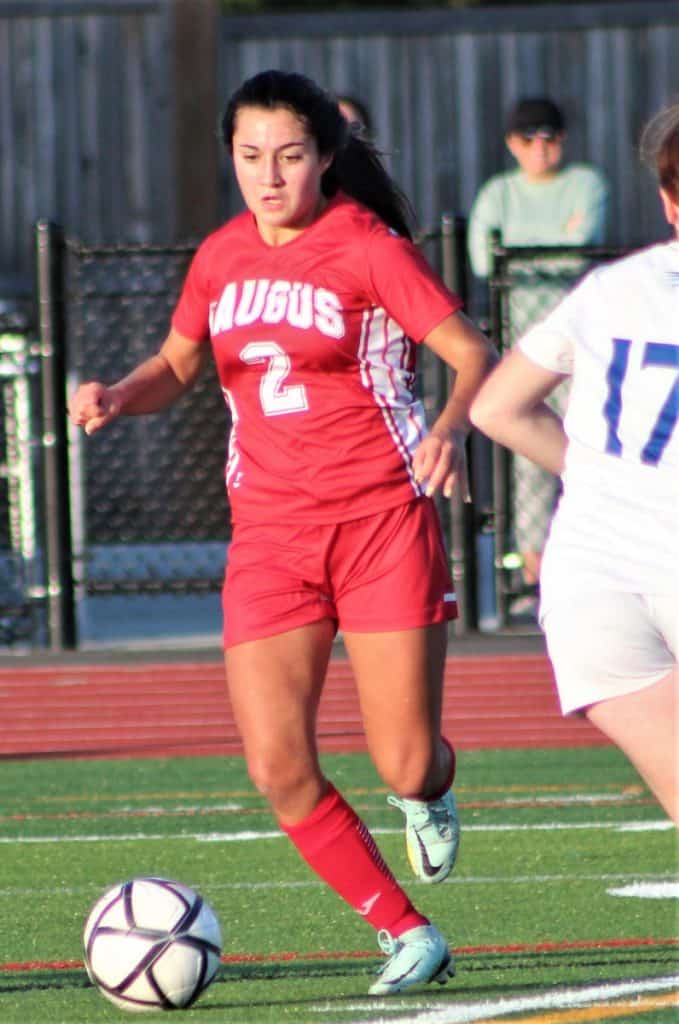 Falling behind by three goals early in the second half was too much to overcome for the Saugus High School girls’ soccer team, as the Sachems saw their fine campaign come to a close, 3-1, in the Round of 16 portion of the Div. 3 playoff tourney last Thursday evening against the sixth-seeded Belchertown Orioles.

The 22nd-seeded Sachems ended the campaign 14-6-1 overall (including two tournament wins) and look forward to potentially better results next season. They return most of the varsity unit from this year with only two senior starters – Allison Justice and Lexi Rais – departing.

In last Thursday’s game at Belchertown, two first-half scores by Mia Corish gave the Orioles a 2-0 lead at halftime. The Sachems came out more aggressive in the second half, which produced some good scoring chances. But it was Belchertown that dented the net midway through the second stanza, as a goal by Briana Romaniak turned it into a 3-0 contest.

Saugus tried to forge a comeback when Danica Schena pushed a pass through the Orioles’ defense and Madison Botta was there to charge in and float a shot by the Belchertown goalkeeper. Botta’s goal gave the Sachems hope but it proved to be too little too late.

Moving forward, the near future bodes well for the Sachems, who will see many key varsity players returning next fall. On the frontline, Botta, Madi Femino, Shalyn Sewell, Shawn Sewell, Schena, and Juliana Powers, who scored a hat trick in the preliminary-round win, will be returning next fall. Defensively and at midfield, Saugus will once again benefit from the presence of Layla Manderson, Natalie Justice, Violet Hawley and Veronica Ortega among others.

Just three senior players are departing. Allison Justice and Rais are the two departing starters and backup Ana Flemings is also graduating. Goalie Tori Carter will be back as well. She helped the Sachems notch nine shutout victories this season.