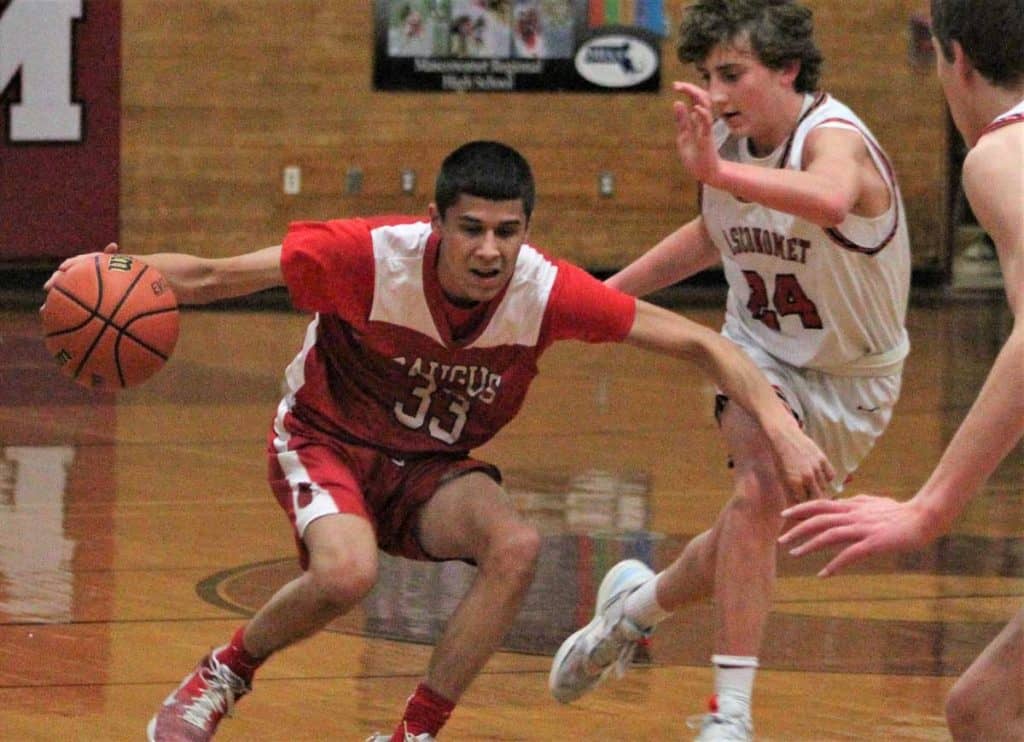 After going through a modest two-game losing skid, the Saugus High School boys’ basketball team turned things around with three consecutive victories. The most recent of those came Tuesday night at home against the Danvers Falcons, where Josh Osawe exploded for 34 points in an 85-42 rout of the visitors.

Tuesday’s win improved the Sachems to 8-3 overall on the season. The Sachems defeated Masconomet, 57-44, on the road in front of a raucous Chieftains’ crowd last Friday and scored a 63-49 home win over Triton last Wednesday.

In the win over Danvers, 21 of Osawe’s 34 points came from beyond the arc, as he drilled seven three-pointers. Max Anajjar chipped in with 19 points and Ben Tapia-Gately added 18. Head coach Joe Bertrand noted that it was “a great team effort on the offensive and defensive sides of the ball.”

The victory at Masco proved to be more challenging as the Sachems raced out to a commanding 21-6 lead after one quarter before suddenly hitting a cold spell in the second quarter and seeing the hosts climb back to within 25-21 at halftime. “Masco played tough half-court defense to close the margin by halftime. Our guys did a great job making plays in the second half, specifically the fourth quarter, to clinch the game for us,” Bertrand observed after the game.

The coach cited the clutch free-throw shooting down the stretch from senior players Tapia-Gately, Anajjar, Isaiah Garcia, Chris Flynn, and Osawe. Anajjar led the way on offense with 21 points, followed by Tapia-Gately with 18 and Osawe with seven.

Last Tuesday against Triton, the Sachems were behind by a 27-24 count at halftime but took a two-point lead late in the third quarter and never looked back. They outscored the visitors by a significant 21-9 advantage in period four to secure the victory. Tapia-Gately led all Sachems scorers with 16 points. Osawe added 11 and Flynn finished with nine.