Sachems gear up for tourney with wins over Swampscott, Melrose 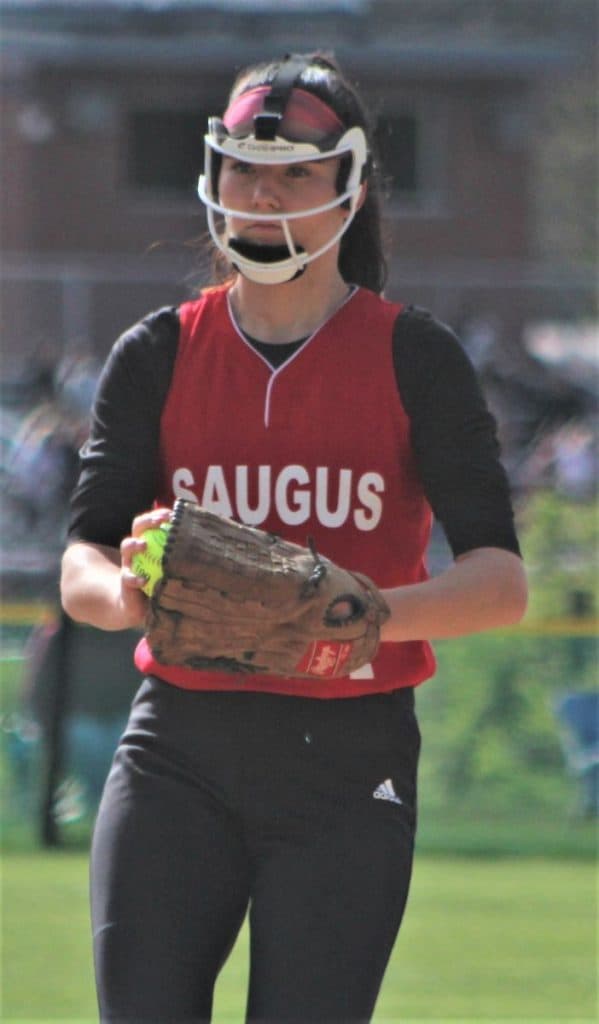 Having clinched a playoff spot with its 10th win last week, the Saugus High School softball team added to its victory total by topping Swampscott last Friday and Melrose on Tuesday. It was the second time the Sachems have come out on top against both those squads this season.

In Tuesday’s close 2-0 triumph over the Red Raiders, pitcher Fallon Millerick was near perfect. She allowed just four hits and fanned four while also aiding her own cause on offense with a key triple. It was Millerick’s 11th win of the season.

Lily Ventre, who missed a good portion of the season with an injury, drove in a run with a hit, and Gianna Costa added an RBI single. Those runs would stand up in the shutout win. Felicia Reppucci, Kaitlyn Pugh and Ava Rogers had hits, and Head Coach Steve Almquist credited Devaney Millerick and Ryann Moloney with solid games in the field.

Last Friday, the team celebrated its Senior Day at home with a five-inning win over Swampscott. Reppucci tripled, one of her two hits on the day, and drove in three runs, while Costa had two hits and an RBI in an eventual 13-1 triumph. Moloney drove in a run with a hit, and Fallon Millerick, who had two hits, was the winning pitcher with five strikeouts to her credit. The offense didn’t stop there, as Pugh and Devaney Millerick each smashed two hits and finished with two RBI, and Rogers, Ventre, Taylor Deleidi and Bella Natalucci all contributed hits.

The one drop-off was a 16-4 loss at Danvers on Monday. Moloney had a big day in the defeat with a 4-for-4 performance and an RBI. Also contributing hits were Rogers, Fallon Millerick, Devaney Millerick and Costa. The game ended in six innings due to the 10-run rule.

The Sachems sat at 12-7 overall heading into Friday’s regular-season finale at Marblehead. After that, they will await to find out their playoff seeding and opening-round opponent.