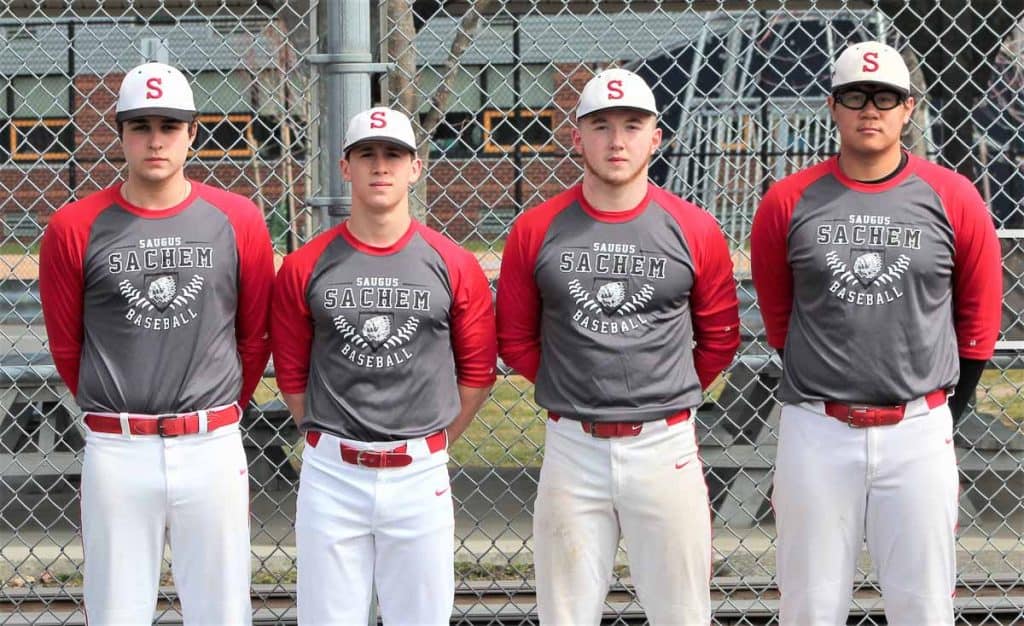 After getting off to a slow start during the pandemic-impacted season of 2021, the Saugus High School baseball team turned its fortunes around by winning some key contests down the stretch. That late-season effort was enough to catapult the Sachems into the Div. 3 North playoff tournament. From there, Saugus notched two surprising playoff victories – a preliminary round win over Swampscott and a first-round upset of Boston Latin – before losing in the quarterfinals.

Head Coach Joe Luis and his 2022 squad are hoping to build on the momentum of last year’s strong finish. A number of players are returning from last year’s team that finished 7-10 overall. This year’s roster includes pitcher-infielder Nathan Ing (a Northeastern Conference all-star last season), pitcher Anthony Macone, outfielder Drew Gardiner, first baseman Ryan Anderson, catcher Michael Howard and Sean O’Rourke. With a more experienced unit this spring, the Sachems are looking to get off to a better start than the 2-7 beginning to last year’s campaign.

Saugus has been readying for its season opener by competing in several preseason scrimmages, including a contest last Saturday against Revere at World Series Park. The Sachems travel to Greater Lawrence Tech to open the regular season on Monday, April 4. They then return home to World Series Park on Wednesday, April 6, where they will host Hamilton-Wenham (scheduled 4 p.m. start).