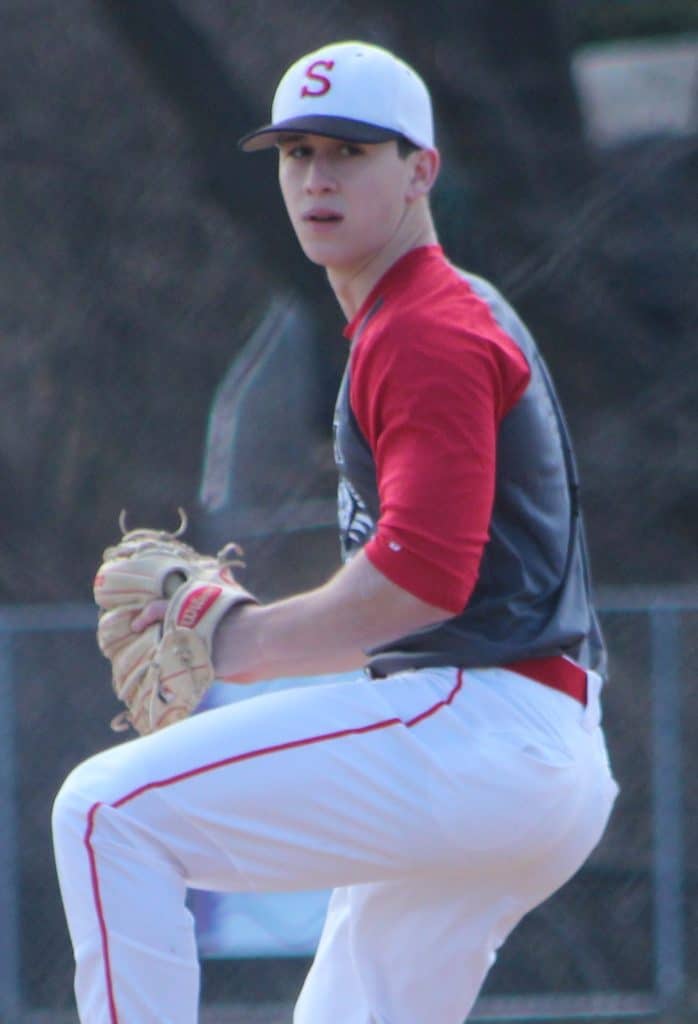 It appears the Saugus High School baseball team is picking up where it left off last spring. The Sachems produced a strong finish to 2021 that catapulted them into the Div. 3 North postseason tournament, where they earned two wins before being eliminated in the quarterfinal round. Building on that momentum from last spring, the Sachems opened this season with two victories.

In the season opener on Monday, Nathan Ing and Ryan Anderson each swatted two hits and drove in a pair of runs to lead Saugus to a 10-0 five-inning road victory over Greater Lawrence Tech. Also contributing offensively were Anthony Cicolini, Cam Soroko and Brandon Faiella, who each drove in runs. Ing was the starting pitcher and was replaced with two outs in the second inning. Ryan Mabee hurled the final three-plus innings and gave up just one hit to come away with the win.

On Tuesday, the Sachems played their rescheduled home opener against the Hamilton-Wenham Generals at World Series Park and came away with an 8-4 triumph, despite producing only four hits in the game. The Sachems took advantage of seven walks and seven hit batsmen by Generals pitching to manufacture the eight tallies.

Ing started on the mound and went two innings. He allowed an unearned run before giving way to MacEachern, who hurled the last five frames and allowed three runs on four hits to earn the victory. The two combined for 13 strikeouts.

Saugus Head Coach Joe Luis told the press prior to the season that winning games through solid pitching and defense will be the key to success for his team this year. “Those two things win championships. That’s what we continue to work on all the time,” he said. “Hopefully, that’s what gives us the edge in those really close, important [one-run] games.”

Sitting at 2-0 after Tuesday’s win, the Sachems travel to Twi Field in Danvers for a game against the Falcons on Saturday, April 9. They then make the trek farther north to Ipswich to face the Tigers on Monday, April 11.