Saugus baseball off to 3-2 start 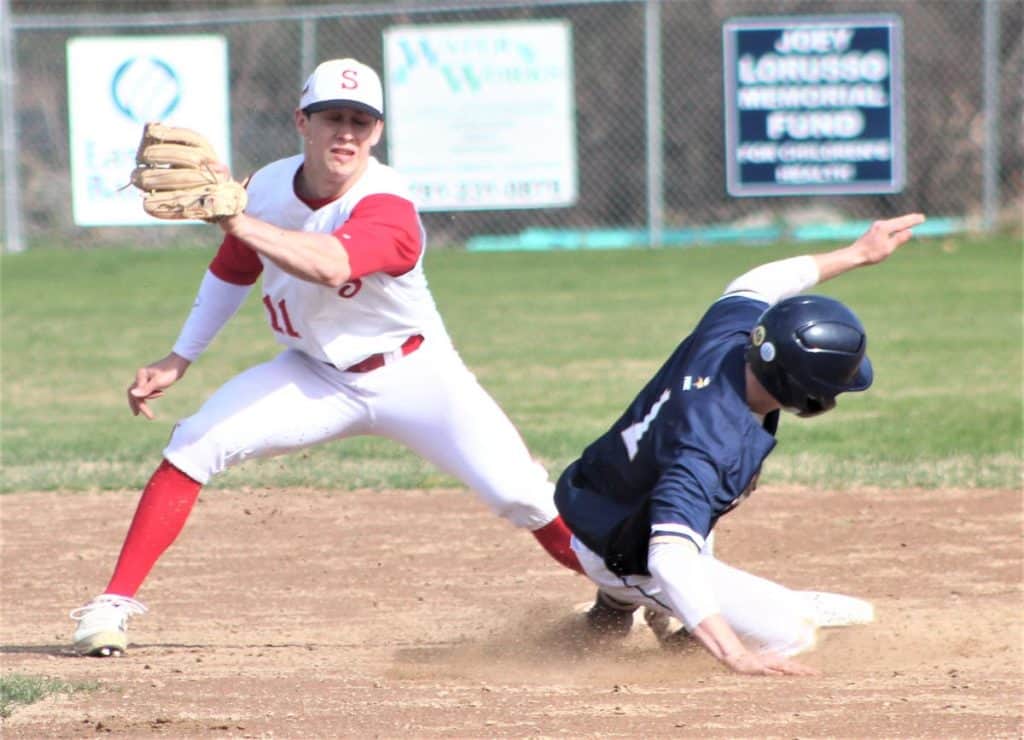 After earning two wins last week to open the season, the Saugus High School baseball team dropped two of three during the first part of this week. The lone victory for the Sachems was a 12-2 rout of Ipswich on Monday. That contest was sandwiched between a Sunday defeat at Danvers and a home loss to Winthrop on Wednesday afternoon. Those results gave the Sachems a 3-2 overall record entering Friday’s home tilt against Masconomet.

Monday’s victory at Ipswich was actually tied at 2-2 until the late innings when Saugus exploded for 10 unanswered runs, including six in the top of the seventh frame. The offense was led by Anthony Macone, who had a perfect 4-for-4 effort at the plate. Ryan Mabee got the start on the mound and hurled six innings. He gave up four hits and fanned three to earn the victory.

The Sachems have scored 30 runs combined in their three wins, as opposed to just four in their two losses.

Saugus led 3-0 after three innings in Wednesday’s eventual 9-4 setback to Winthrop at World Series Park. Starter Sean O’Rourke managed to work his way out of jams in the first and third frames before the Vikings broke through against him in the fourth. The rally was ignited by two costly fielding errors by the Sachems to begin the inning. The visitors would go on to score nine of the next 10 runs in the game to capture the victory.

Sunday’s 2-0 loss at Danvers – a contest that was delayed a day due to an unexpected severe hail storm on Saturday – was reminiscent of many of Saugus’s games last season. It was a low-scoring affair with defense and pitching being the hallmarks. The Falcons would prevail off a strong complete-game performance from starter Mike Moroney, who allowed just two hits. Saugus starter Nathan Ing was pretty solid himself, going six frames, surrendering four hits and striking out seven. The two Sachem hits came off the bats of Cam Soroko and Michael Howard.

After Friday’s game against Masco, the Sachems are off until next Wednesday, April 20, when they travel to play the Beverly Panthers.