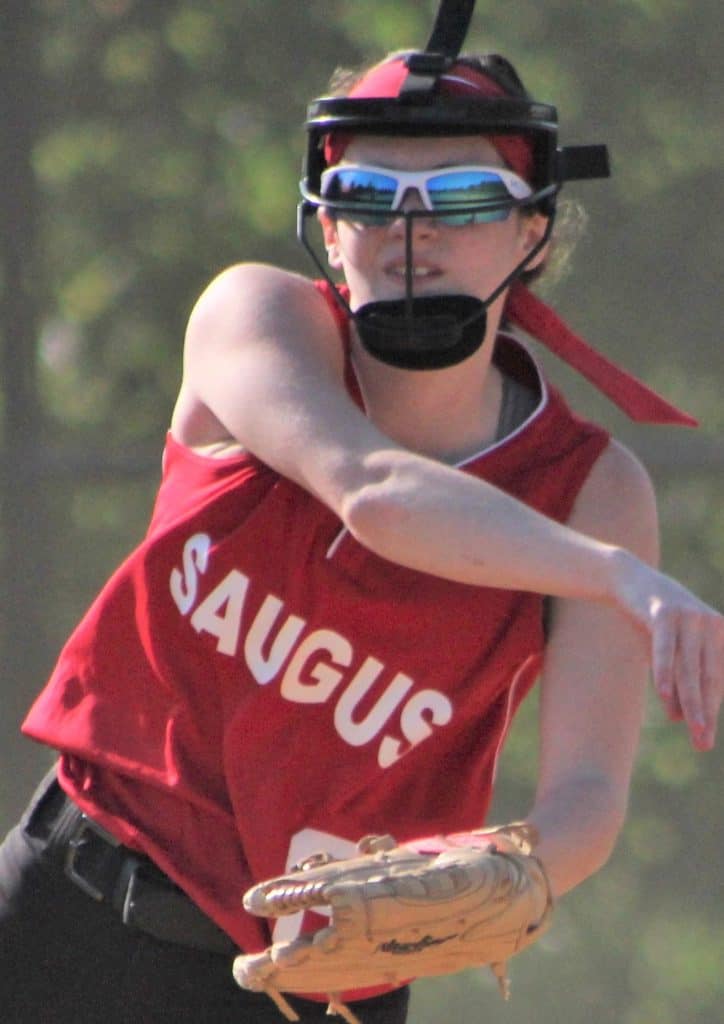 During the preseason, Saugus High School softball Head Coach Steve Almquist said he thinks his young 2022 squad has the potential to duplicate, or at least come close to, repeating last season’s 8-0 effort in the Northeastern Conference (NEC) South Division. The Sachems did much to support that outlook with their season-opening 15-3 rout of Winthrop on Tuesday.

The contest was rescheduled back a day due to Wednesday’s forecast for rain. The location was also changed from the usual Belmonte Middle School home site to Parcher Field adjacent to the Kasabuski Rink. But none of this upheaval bothered Saugus, which took care of business with the five-inning mercy rule win.

The offense was potent as Felicia Reppucci drove in three runs and Ava Rogers and Ryann Moloney each collected two RBI. One of the younger Sachem players, Taylor Delieidi, had a memorable debut game by collecting her first two varsity hits. Defensively, starting pitcher Fallon Millerick went the distance, giving up three runs and fanning seven batters in her five innings of work. She also stroked two hits and knocked in two runs.

The victory left the Sachems at 1-0 on the early season with a scheduled road contest at Salem on Thursday, weather permitting.

Saugus went unbeaten in the NEC’s South Division last season, finished with nine wins overall and made a playoff appearance. The Sachems are scheduled to play three games next week: a home contest against Wakefield on Monday, April 11, an away tilt at Gloucester next Wednesday, April 13, and another home game against Masconomet on Friday, April 15.