Saugus falls back to .500 after loss to Masco 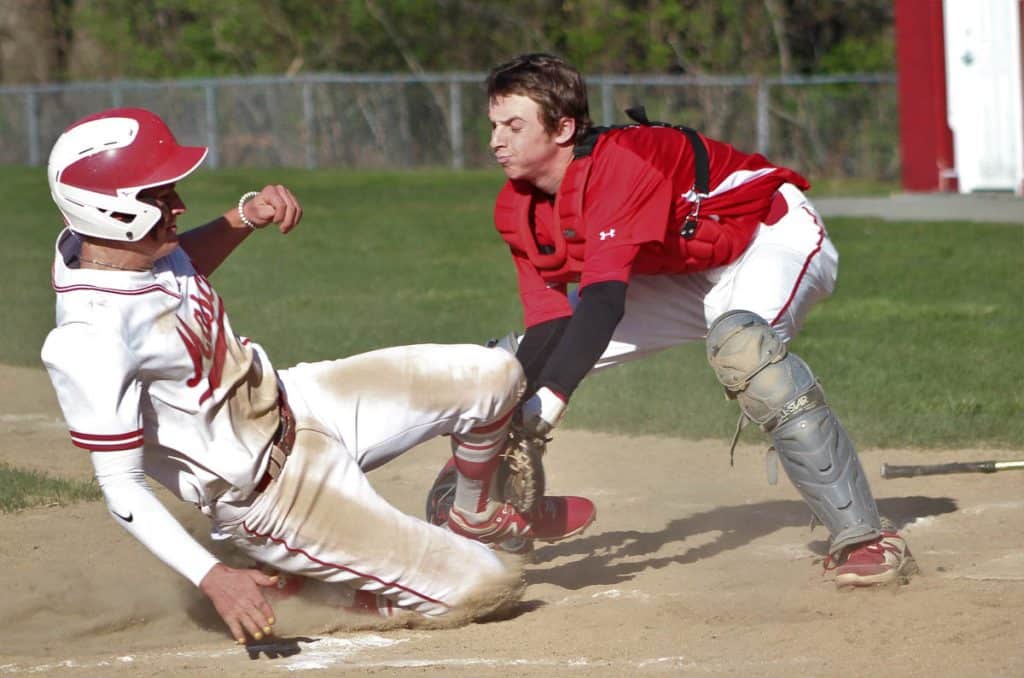 The Saugus High School baseball team found itself in a low-scoring battle once again Wednesday afternoon on the road against the Masconomet Chieftains. Unfortunately, the Sachems were unable to muster any runs and fell short in a 3-0 loss. The defeat dropped Saugus back to the .500 mark. The Sachems sat at 7-7 overall on the season with a game at Salem on tap for Saturday. Starter Ryan Mabee pitched pretty well against Masco, but the Saugus bats were kept mostly quiet against Chieftains starter Erik Sibbach, who went the distance and struck out nine.

The Sachems defeated Masco earlier in the season in a 2-1 extra-inning thriller at home.

Going into Wednesday’s tilt, the Sachems were coming off a five-inning, 10-0 mercy-rule victory at Hamilton-Wenham on Monday. Anthony Cicolini had a perfect performance with the bat against the Generals. He went four-for-four and got help from teammate Anthony Macone, who drilled a triple and a double and drove in two runs. Also getting into the act offensively were Cam Soroko with a double and two runs driven in, and Braden Faiella, Drew Gardiner and Matt MacEachern, who each finished with an RBI to their credit.

Starter Nathan Ing tossed four innings of shutout ball to earn the win. He gave up four hits and fanned four. Lefty Sean O’Rourke hurled the final inning in relief and struck out one hitter.

Last Friday, Saugus lost for the second time this year to Danvers. The first meeting was a close 2-0 final at Danvers. But on Friday at World Series Park, the visiting Falcons broke through for seven runs and pulled away to a 7-3 victory. MacEachern and Gardiner both drove in runs for the Sachems.

Moving forward, after this Saturday’s tilt at Salem, the Sachems are off until next Wednesday, May 18, when they host Beverly. They follow that up with a home contest against Gloucester on Thursday, May 19.